Search
Home News Gaming E3 2021 Recap- What Was Good, What Sucked, and What Left an...
Facebook
Twitter
WhatsApp 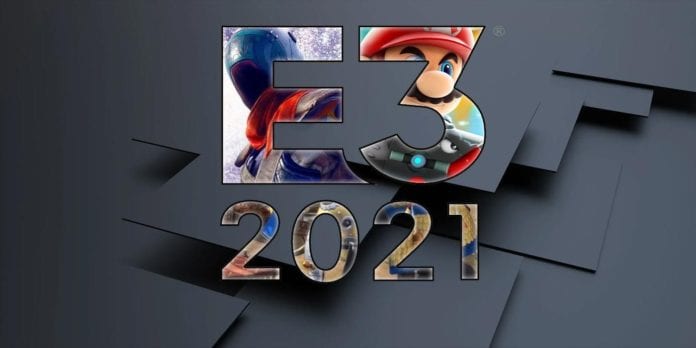 Another year, another E3 that we all barely kept up with. After the showcase not happening in 2020, E3 2021 had a whole lot of catching up to do. Is it just me or do online E3 presentations just don’t feel as great as in-person ones? Maybe it is just the unedited cringe and the roar of an audience, but previous E3s just hit different compared to this one.

The first event is cheating, sort of. The Summer Game Fest didn’t have anything to do with E3 2021 per se. It was just an all-around gaming extravaganza, hosted by Geoff Keighley of G4 and The Game Awards fame. A lot, and we mean a lot of game studios were featured in the showcase, with major Studios like EA and 2K present, and a rumour of something huge by FromSoftware.

Summer Game Fest started with Tiny Tina’s wonderlands, a spinoff of the Borderlands series, and containing an All-Star cast including Ashley Burch who came upon the stage. Other celebrity cameos were also present throughout the showcase, including Jeff Goldblum who introduced the sequel to Jurassic World Evolution. Ryan Reynolds debuted a new trailer for his latest movie, Free Guy, which is based on a game universe so that makes sense.

Hideo Kojima gave a very weird speech about game development changing after 9/11 and that somehow being related to 2020. He did announce Death Stranding: Director’s Cut because somehow, there were things that were cut from the behemoth that was the original Death Stranding.

Some indie games also made an appearance, including Salt and Sacrifice and Planet of Lana, and left a great impression. Evil Dead The Game and Solar Ash were also showcased, with the former looking especially great. Then came the bombshell-

FromSoftware, the company behind the Souls series and Sekiro games announced the trailer and several gameplay elements from the mystical Elden Ring, a game that some claimed to never exist, this writer being amongst them. Elden Ring also got a release date of 21st January 2022, a lot closer than most people imagined.

We covered this one in detail here but here’s a summarized form:

From the gaming branch of the internationally renowned Tribeca Film Festival, we saw previews of a lot of games whose primary focus and game design is based upon their narrative. Most of them utilized their narrative to the fullest potential, and that’s what made this showcase my favourite part of E3 2021.

Kena: Bridge of Spirits emerged as the game which drew the most number of eyeballs, with its Disney-like graphics and beautiful music taking the presentation from great to phenomenal. Kena also had a song performance at Summer Game Fest.

12 Minutes also made a huge impression with its star cast of James McAvoy, Daisy Ridley, and Willem Dafoe. The concept of the game is also very unique, with a time loop and top-down view of the entire map being utilized in the game.

Some other games that impressed were Sable, also featured in the Summer Game Festival, with its gorgeous graphics and music, Harold Halibut, a game modelled in stop motion graphics, and Lost in Random, a delightful adventure game featuring a companion die, acting as a Swiss army knife of weapons.

Ubisoft Forward at E3 2021 seemed to hedge all its bets on one basket- Rainbow Six Extraction. The game had a new trailer as well as gameplay revealed, which you can read more about here.

Far Cry 6 had a new trailer, another game that had a presence in Summer Game Fest, with another great performance by Giancarlo Esposito showcased alongside a new DLC where you get to play as the previous baddies in the Far Cry series. Some gameplay was also revealed, which confirmed that Far Cry 6 was indeed another Far Cry game.

Some smaller games were announced in quick succession, With Rocksmith Plus, Riders Republic, and an obligatory Just Dance sequel. Eyeballs were drawn towards Mario and Rabbids: Sparks of Hope, a sequel to Mario+Rabbids Kingdom Battle, with more open movement-like gameplay.

The biggest shock of the night was at the end, though, as the world of Pandora from the Avatar series showed up in a teaser for Avatar- Frontiers of Pandora, as another game in the James Cameron universe, which last released a form of media in 2009. Maybe that’s why we didn’t expect it because the series has been treading water for ages. At least the game looked good, right?

We also covered this one in a lot more detail than here, so click here if you want to know more about the showcase. Xbox and Bethesda are one of two showcases that delivered in this E3, and Summer Game Fest, of course, but that wasn’t E3, remember?

Todd Howard started it all, introducing us all to Starfield (again), with a teeny tiny trailer, that we’ll still analyze until it releases. It comes out 11-11-22, which is a fancy date for a fancy game, and also a nice nod to Skyrim which released on 11-11-11.

Another game that we thought Microsoft forgot was Halo Infinite, which had a new trailer with gameplay included showcased at E3 2021, alongside the announcement that a free-to-play multiplayer mode will also be included, a first for the series.

Battlefield 2042 had already released its cinematic trailer before E3, but the gameplay reveal trailer happened at the Xbox and Bethesda showcase. It featured an ability to change weapon modifications at any time, which looks to be a ton of fun.

A new Co-Op Multiplayer game by Bethesda was showcased, called Redfall. Most of these games are Xbox and PC exclusive, so apologies to any PlayStation fans who wanted to play them. The console wars aren’t truly dead, yeah?

Square Enix Presents was the definition of a one-game show, one and a half if we are being generous. It was all about one huge reveal, and what a huge reveal it was.

Guardians of the Galaxy was extensively covered here, but in short, it is a single-player adventure where you play as Star-Lord and have the ability to control some moves from the rest of the Guardians. The game also borrowed some features from the Mass Effect series, including dialogue selections and decisions changing the story.

Final Fantasy 1-6 remastered were announced, alongside a new Final Fantasy online mobile game. Yes, really, a mobile game. Life is Strange True Colors had a power reveal trailer, which was great, but we already knew most of it. That was it for Square Enix Presents.

Some other minor game announcements at E3 2021-

Apart from the major showcases, there were some other notable games reveals from smaller studios at E3 2021, let’s shine a spotlight on them.

Back 4 Blood, the first-person shooter sequel to the Left 4 Dead was announced by WB games and had a presence at other showcases too. It was announced as being an always-online game, though, even in the single-player sessions.

The sequel to 2015’s critically acclaimed Dying Light was announced as Dying Light 2 and will be released for PC, PS4, PS5, Xbox One, and Xbox Series S/X consoles.

A game with one of the most interesting concepts of all time for a shooter game, Lemnis Gate was also unveiled and comes out this year. It is a turn-based first-person shooter, with you getting to alter moves and kills before they have even happened.

Another showcase that delivered the goods this year was the Nintendo Direct, which happened at E3 after a 3-year sabbatical when Nintendo just did them at their own accord. Nintendo Direct also revealed the most games, so if you want to see all of them, check out our replay here. We also covered major reveals, which you can see here.

Kazuya from Tekken was the smash character real, becoming the second Villain in the smash games after Sephiroth. Life is Strange Remastered collection and True Colors are also coming to the Nintendo Switch.

The Legend of Zelda series had a great showing, with not only the original Zelda games releasing in commemorative hardware celebrating its 35th anniversary, The Zelda Game&Watch, the future of the franchise also looks secure with Breath of the Wild 2, which looks absolutely mind-blowing. Skyward Sword HD is also on its way, so keep a lookout for it.

Nintendo also dropped another bombshell at E3 2021, with a new 2D platforming Metroid game being announced for the Nintendo Switch, the first game of this series in 19 years. Metroid Prime is also coming, don’t worry. Metroid Dread is just extra sweetness coming our way.

Mario wasn’t very far behind, however. Mario Golf – Super Rush is coming to the Switch, with tons of delightful superpowers and game modes being included. Ubisoft’s Mario and Rabbids sequel is also coming to the Switch, which was to be expected. Mario Party Superstars is also heading this way, so look out for that.

Tons of other games were announced for the Switch, including but not limited to

Some other companies also held showcases, but they didn’t have much to show for it (Looking at you, Capcom). For most people, Xbox-Bethesda and Nintendo Direct were the best parts of E3 2021, and I can’t argue against that.

The Tribeca Games Spotlight stole the E3 for me, though, but it technically wasn’t a part of it, so Nintendo it is. E3 2021 was a weirdly underwhelming experience, with E3 2021 lacking something that makes E3 as great as it is, the cringe. Give me Peggle 2 or give me death, damn it. Oh well, maybe next year.