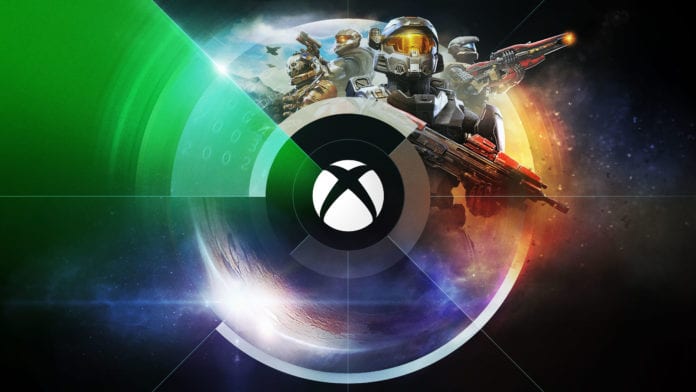 The long-awaited Starfield was finally revealed by Todd Howard with a release date set in the not-too-distant-future – November 2022. It’s still a while away, and had Bethesda not been acquired by Xbox, it might not have been revealed this early. Nevertheless, while no gameplay was shown, Starfield still remains one of, if not the most anticipated game from Xbox Game Studios. The game will be (fortunately) exclusive to Xbox Series consoles and PC.

Not much was shown off about Halo Infinite’s campaign, except for some cryptic teases regarding Cortana and Master Chief’s broken relationship. However, a lot of gameplay footage was revealed from Halo Infinite’s multiplayer mode, which as announced earlier, will remain free to play on Xbox consoles and PC. The game sits without a release date, set for ‘Holiday 2021’, although development is coming along smoothly and it should hit that release window fairly well.

After a year-long wait since its reveal, gameplay from STALKER 2 was finally shown off during the showcase. The game, developed by GSC Game World, is described as a “unique blend of first-person shooter, immersive sim and horror”. STALKER 2 will release on April 28, 2022.

This was a long time coming, but we finally got a release date for Psychonauts 2. The game will release on August 25 on Xbox Game Pass.

Forza Horizon 5, set this time in Mexico, seems to be ramping up everything that worked in the last game. A good amount of gameplay footage was shown, with a new level-editor also introduced by Playground Games. It’s a shame we didn’t see any more reveals from the studio about Fable, although that’s still potentially years away. Forza Horizon 5 will release on November 9 on Xbox Game Pass and through traditional retail on PC and all Xbox consoles including Xbox One.

The Outer Worlds 2 was announced with what was quite possibly the best trailer in the entire showcase While that may be the case, we were given no firm release date, window or even a year, which is to be expected since developer Obsidian Entertainment is also working on its other AAA RPG Avowed at the same time. The game was confirmed to be set in a new star system with a new cast of characters. In the meantime, you can read our review of the first game!

Contraband is a new exclusive co-op game for Xbox developed by Avalanche set in the 1970s.

Okay this is kind of cheating, but Microsoft considers PC under the Xbox umbrella, so we’ll let it slide. Age of Empires IV is coming to Xbox Game Pass on October 28 this year.

Microsoft Flight Simulator released on PC last year year and brought even the highest-end gaming PCs to their knees. Now, the visual extravaganza is coming to Xbox Series consoles for the first time with Xbox Game Pass on July 27 this year. A new free Top Gun: Maverick expansion is also launching this November.

This one was a neat surprise! Redfall is being developed by Arkane Austin, the creative minds behind franchises like Prey and Dishonored. Although the team behind the game is extremely talented, revealing a first-person, open-world shooter with co-op elements feels a little underwhelming. The game screams Xbox Game Pass, with its over-the-top presentation, set for release in summer 2022.