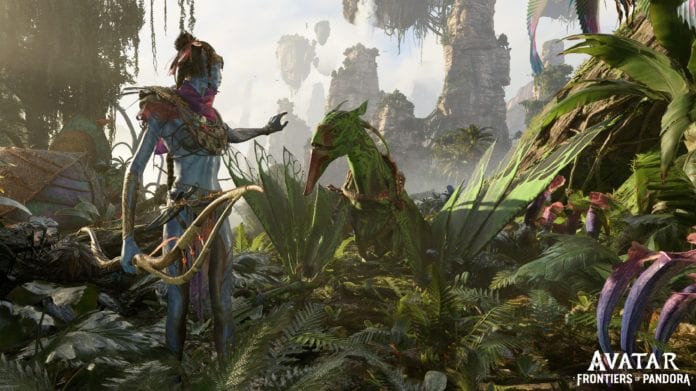 At its Ubisoft Forward conference as part of E3 2021, the company announced a new game set in the world of James Cameron’s 2009 9 epic – Avatar: Frontiers of Pandora. The new game, developed by Massive Entertainment (The Division), will release in 2022 on PS5, Xbox Series X/S and PC.

Soon after the trailer’s debut, Ubisoft revealed that the game will be a first-person adventure, which is a departure from the Avatar tie-in game that released alongside the movie.

“In this new, standalone, extension of the Avatar universe, you play as a Na’vi and embark on a journey across the Western Frontier, a never-before-seen part of Pandora. Explore a living and reactive world inhabited by unique creatures and new characters and push back the formidable RDA forces that threaten it.”

Avatar: Frontiers of Pandora has been in the works for many years, and the game’s existence had leaked some time ago. Thankfully, the reveal of the game came as a surprise to many following this year’s Ubisoft Forward. Being primarily developed by Massive Entertainment, in collaboration with Lightstorm Entertainment and Disney the game is built on the Snowdrop Engine, which is known to power the Division games.

Interestingly enough, it’s the first game in Ubisoft’s portfolio announced this far to be completely built for next-gen consoles. Hopefully, this means the game won’t just look gorgeous, but also make use of the new hardware for innovative mechanics not unlike those we saw in Ratchet and Clank: Rift Apart.

Make sure to follow our coverage of E3 2021, with a handy guide detailing the entire schedule adjusted for the Indian timezone here. For more on the hot streak of announcements coming from Ubisoft Forward, click here.