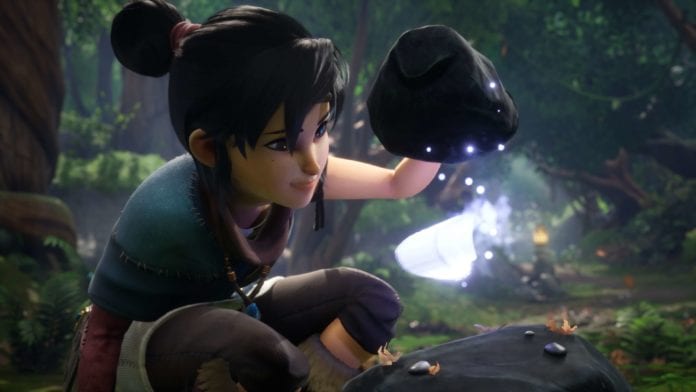 The game developers featured at the Tribeca Games Spotlight seem to have focused on one aspect of their games – the narrative.

The Tribeca Film Festival has been a mecca for artists all over the world since 2001. Tribeca is known for appreciating the arts in all forms, whether it be Films, TV series, Paintings, Music, and starting recently, Games.

The games featured at the Tribeca Games Spotlight are all innovative, to say the least. They are all full of the charm you can only find in the passion projects of Indie developers. You can see, very clearly, that they love the games they are making.

That’s not the only thing in common between them, though. Far from it, in fact. They are also united by the fact that they all view the medium of gaming as one of the greatest ways of storytelling ever created.

Yes, games are primarily meant to be fun. But that’s not all they have to be. Some games are mindless fun, and there’s nothing wrong with that. For those who desire something more from their games, the Tribeca Games Spotlight has you covered.

There were some absolute gems showcased at the event. Let’s go through them all, and see how we liked them.

A delightful mix of Breath of the Wild and Pikmin, with stunning graphics, Kena: Bridge of Spirits has caught everyone’s attention in quite a short order. The game made its first appearance last June during Sony’s PS5 showcase.

If you have ever imagined what it’s like to live and roam around in a Disney or Pixar-like worlds, Kena is the game for you. Above all, Kena shows that it has the heart to go beyond all its contemporaries.

Kena: Bridge of spirits was developed by Ember lab, a former Animation Studio making their first foray into game development. It absolutely shows, and Kena is an absolutely gorgeous game.

If ever a game didn’t lack star power, this game is it. Boasting voices from Film Industry giants such as James McAvoy, Daisy Ridley, and Willem Dafoe, 12 minutes is a home run from every facet of storytelling.

The gameplay is very point-and-click oriented, but that’s not a mark against it. It incorporates that part of its game design as smoothly as it has ever been done.

The game is shown in a Top-Down view, to suit its narrative and artistic needs. The game also features a time loop narrative, in which a man tries desperately to save his wife from dying in 12 minutes.

If you were to check out just two games highlighted at the Tribeca Games Spotlight, Choose Kena and 12 minutes. That’s not to say that the other games aren’t all fantastic as well, but these two exude a special kind of aura.

Sable had an entire segment dedicated to it at the Summer Games Festival. We say the game deserves more. It has earned it, for it is one of the most shining examples of what gaming can accomplish. Its showcase at the Tribeca Games Spotlight was also fantastic.

The art style of Sable is absolutely gorgeous, with its music and characters complimenting it very well. Sable looks like a treat in every way imaginable. Check it out as soon as you can.

Harold Halibut has been in the making for quite a while, and it shows. The game looks like it took a lot of care, sweat, and tears to complete. It all looks to have been worth it though because developers Slow Bros seem to have a real classic in their hands.

What was shown at the Tribeca Games Spotlight about Harold Halibut was fascinating, and showed the efforts of its creators really well. Stop motion is tough, people.

In a magical world, where everything is decided at the roll of a dice, Even sets out with her magical Die to look for her sister, Odd. Her die is a Swiss Army Knife of magical weapons, which she uses to fight and avoid danger.

From award-winning Studio Zoink, Lost in Random looks mesmerizing and very fun to play. Get your hands on it, ASAP!

A very Old-timey point-and-click adventure, Norco is delightfully weird and based in Louisiana, in a Sci-fi world. Check this one out if you like Point and Click games, or Sci-fi games with a touch of craziness.

“Stranded on a desolate world, a lone Replika must explore the ruins of an abandoned reeducation facility in search for answers—and a way to escape. Solve puzzles, fight nightmarish creatures, and navigate through dystopian, surreal worlds as Elster, a technician Replika looking for a lost dream.”

Signalis is Scary, creative, and dystopian, all good things rolled into one. What’s not to like?