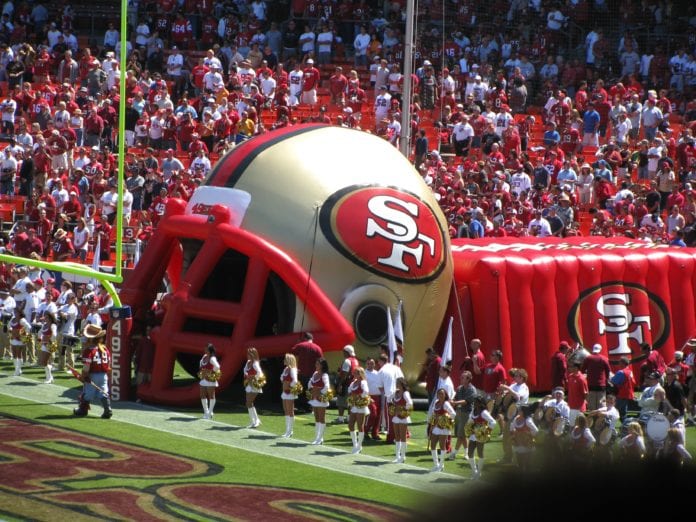 Here in India, the constitution permits each state to set its own laws relating to betting and wagering. This means that rules can vary as you travel across the country.

The situation is very similar in the United States too. It also operates under a federalist system, with each state having a lot of autonomy to decide how its people and businesses are governed. Since 2018, this autonomy has also applied to sports betting after the Supreme Court struck down a federal law that prohibited it.

Very shortly after this decision, states like New Jersey and Pennsylvania began letting their citizens and residents place wagers on everything from the NFL to the Indian Premier League.

Since then, more and more states have been passing laws that permit sports betting within their borders. As a response, many of the world’s biggest sportsbooks have been setting up operations there, creating an exciting time for the industry.

Nevada, New Jersey, and Pennsylvania were some of the first states to legalize sports betting in their states. Nevada was already allowed under the former PASPA law, but it quickly allowed its sportsbooks to also operate online.

In more recent months, new states have been joining the ever-growing list. New York, Iowa, and Indiana were just some of the states that saw sportsbooks begin operating in the second half of 2019, while Michigan and Colorado were among those that followed suit in 2020.

In 2021, Virginia and West Virginia have started to allow bets to be placed on sports, while some other sites like Nebraska, Maryland, and Wyoming are expected to launch in the coming months.

With every new state, a race begins. Sportsbook operators know that there is a huge demand for their services, so want to build large market shares to secure the long-term success of their business in the US.

To achieve this, most sportsbooks have taken to offering free bets and risk-free bets worth as much as $1,000 to all new customers that sign up and start placing wagers. One of these is bet365 which offers a promo code that gives new customers a 100% deposit bonus when they sign up.

There are, of course, some terms and conditions attached to these promotions, but the large figures involved show how fierce competition is in the country.

Handle (the amount of money wagered) and gross gaming revenue (GGR – the amount sportsbooks keep after winnings are deducted from the handle) rise and fall across the year depending on what sporting events are taking place at that time.

Typically, sportsbooks see a rise in the handle in the final few months of the year as that’s when the NFL’s season runs. It usually rises even further in January in the run-up to the Super Bowl, before dipping in February and rising again for the NCAA’s March Madness.

What Does the Future Have in Store?

The sports betting market in the United States is still very young, as the third anniversary of its legalization approaches.

There are still many states where sportsbooks are still not yet permitted to operate, but this list is expected to get shorter and shorter in the coming years. Nearly all states have seen some form of bill proposed in their legislative branch, with several getting close to having them voted through.

Others have already passed the laws but administrative work is required to process licenses and properly regulate the industry before fans can start making wagers.

Some experts are predicting that more than half of US states could have legalized sports betting in some way by the end of 2023. If that is the case, the companies involved stand to gain massively.