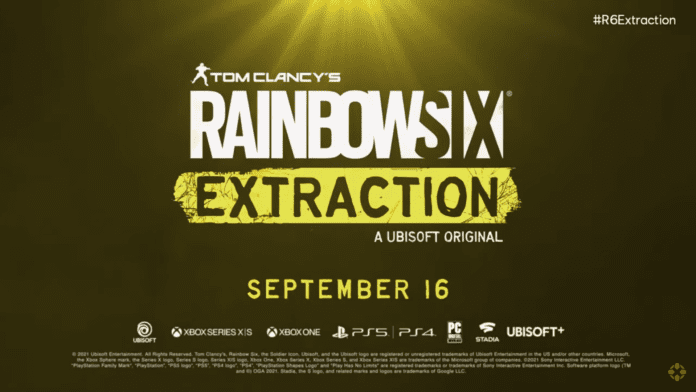 Two new trailers and a lot of new details were revealed about Rainbow Six Extraction at Ubisoft Forward 2021.

A lot of new, exciting information was released today, courtesy of Ubisoft Entertainment. A Cinematic trailer and a Gameplay reveal were both showcased at this year’s E3, and we are here to tell you all about it.

Rainbow Six Extraction was announced as having Multiplayer capabilities for 1-3 players, who can all team together to defeat the Alien Parasite now inhabiting Earth.

In a very unique twist, it was shown that you have to choose and rescue the operators to fight against the Parasite, which has taken a hold on the Rainbow Six Facility.

The way the missions are set up is that you can lose your entire progress if all your operators die in a mission, and you have to rescue your current operators if they get caught by the Parasite. This is a very exciting change from the typical shooter gameplay and will bring tons of interest to the game.

New enemy types were also revealed, scaling up in difficulty as a player progresses in the game. These include the Long Range Spiker, the Explosive breacher, the Shapeshifting Tormentor, and the Apex.

The gameplay footage shows a team of 3 players breaching a Parasite mother site, to rescue more people and operatives. The operators were also revealed as getting more abilities as they level up.

The Enemies get more and more insidious as more areas are liberated, and the operators move further inside the hive. An operator is also shown as being lost to the parasite, not permanently of course.

When and Where to get Rainbow Six Extraction

Rainbow Six Extraction releases for the PS5, Xbox Series X/S, PS4, Xbox One, PC, and the Stadia on September 16th, 2021. It is also available for Pre-Order here.

Make sure to follow TechQuila for our entire coverage of the Ubisoft Forward along with this handy guide for a packed E3 schedule adjusted for Indian time.