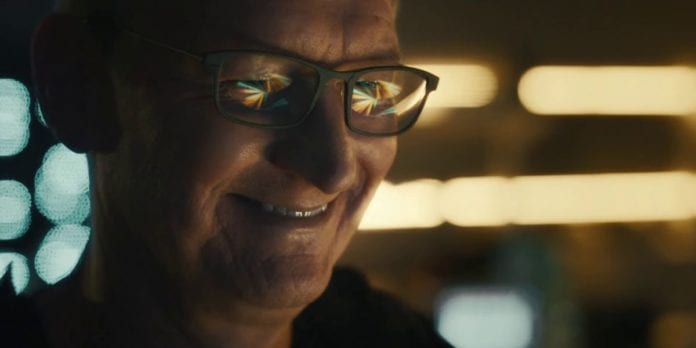 Apple just had its first event of 2021, the “Spring Loaded” event, where it announced the new iPad, iMac, and a lot more. It was quite an event, but don’t you have time to go through every announcement? Here we come to your rescue with a round-up of all the announcements Cupertino giant made in its Spring Loaded event.

Two years ago, the Cupertino giant forayed into the finance sector with its credit card, the “Apple Card.” Now, Apple wants to change how a credit card works; the Cupertino giant introduced the “Apple Card Family.” Starting May, Apple Card users will be able to share their card with anyone in their family over the age of 13. You can also select a person above the age of 18 to be a co-owner, allowing both users to build a credit history together and utilise the combined credit limit. The owner of the card can also set a spending limit for each participant member.

The Podcasts app is getting a major design overhaul with new pages for every show and an enhanced search tab. Apple also brings subscriptions to the Podscats with benefits such as ad-free listening, access to additional content, and exclusive access to new podcasts.

The event also included an iPhone announcement, but it wasn’t the new iPhone SE. Instead, Apple dropped the iPhone 12 and 12 mini in the purple colour. Apart from the new iPhone 12 shade, the MagSafe Leather Case or Leather Sleeve will be available in Deep Violette.

After years of leaks and rumours, Apple finally took the wraps off the AirTag, and it looks uncannily familiar. AirTag will help you find your lost items through the Find My app. The AirTag will be available to preorder starting Friday for ₹3,190/$29, and they will be available on April 30.

Apple TV 4K with A12 Bionic

The Cupertino giant also refreshed its four-year-old Apple TV 4K with the A12 Bionic Chip, which powered 2019’s suite of iPhones. The new Apple TV 4K can now play HDR videos with support for high frame videos. It will be available to preorder on April 30, starting at ₹18,900/ $179 for 32GB, and it will be available in the second half of May.

Apple also revamped its critically chastened Apple TV remote, and now it’s more ergonomic and thick. The touchpad control is now being replaced with the iPod-inspired scroll wheel, a five-way click pad, and a power button to turn on/off your TV. The Siri button has been moved to the side of the controller. Like other Apple products, the Siri Remote is also carved out of 100 per cent recycled aluminium. The new Apple TV remote will be available starting April 30 for ₹5800/$59, and it is also compatible with previous generations of Apple TVs.

Apple Silicon has finally made its way to the other members of the Mac lineup. Apple debuted its new redesigned iMac with the M1 Chip. The new iMacs are slimmer than before and feature a 24-inch 4.5K display. The old and crappy FaceTime camera has been replaced with a new 1080P camera, and it comes with studio-quality mics and an array of six speakers. The new iMac will be available to order from April 30, starting at ₹1,19,900/$1,299.

Apple also launched a new and improved Magic Keyboard with TouchID, and the Magic Mouse and Magic Trackpad are also available in the same colour as the new iMac.

The New iPad Pro is Here, and it Gets the M1 Chip

The much-awaited 2021 iPad Pro also debuted at the Spring Loaded event, and it shares the same processor as its Mac lineup. The new iPad Pro comes with the same old outer shell, but inside it steals the M1 Chip from the ARM-powered MacBook Air, MacBook Pro, Mac mini, and the new iMac. The 12.9-inch model comes with the “Liquid Retina XDR” that uses 10,000 Mini LEDs and offers 1,000 nits of full-screen brightness. The cellular models now have support for 5G, and it has a Thunderbolt port also. The new iPad Pro’s come with a 12MP ultra-wide camera that automatically pans in and out to keep the subject in the frame during video calls.