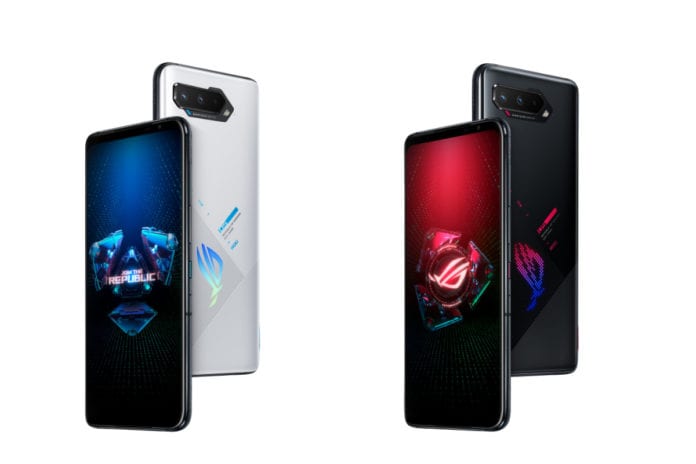 After months of teasing, the Asus ROG Phone 5 series is finally here, including the vanilla ROG Phone 5, Pro and Ultimate edition. Just in case if you are wondering, where’s the ROG Phone 4? Then Asus has skipped the number 4 since it is considered unlucky in some Asian cultures, and here’s everything you need to know about Asus’s latest gaming smartphones.

The Asus ROG Phone 5 series features a 6.78-inch FHD+ OLED screen having a 144Hz refresh rate and a 300Hz touch sampling rate protected by the Corning Gorilla Glass Victus. The display is HDR-10+ certified and cover 111% of the DCI-P3 colour space, 151% of sRGB.

The trio is powered by Qualcomm’s latest Snapdragon 888 SoC coupled with Adreno 660 GPU to handle graphics. According to Asus, the vapor chamber is being repositioned to get the best out of the Snapdragon 888 chipset. There’s a 6000mAh battery backing up the trio, optimised further to maximize endurance, lifespan and thermal efficiency. It comes with 30W Quick Charge 4.0 enabled charger, which can charge it from 0 to 50% in under 15 minutes.

ROG Phone 5 series comes with dual front-facing speakers tuned by DIRAC, and the 3.5mm headphone jack has also made its comeback after it departed from the ROG 3. Not just the headphone jack is back, but it also has an ESS Sabre ES9280AC Pro Quad DAC.

As far as optics are concerned, the ROG Phone 5 series features the same triple camera setup as the Zenfone 7 Pro, consisting of a primary 64MP Sony IMX686 sensor and a 13MP wide camera with a 125-degree FoV and a 5MP macro camera. The rear camera setup comes with Electronic Image Stabilisation, and it is capable of recording 8K at 30fps, 4K at 60fps and 120fps slow motion videos. On the front, there’s a 24MP sensor for selfies.

The Asus ROG Phone 5 will be available in India starting 15th April through Flipkart in two colour variants Phantom Black and Storm White. The ROG Phone 5 Ultimate will be a limited edition smartphone available only in Storm White with a matte finish.

Here are the prices for ROG Phone 5 series smartphones and ROG accessories.