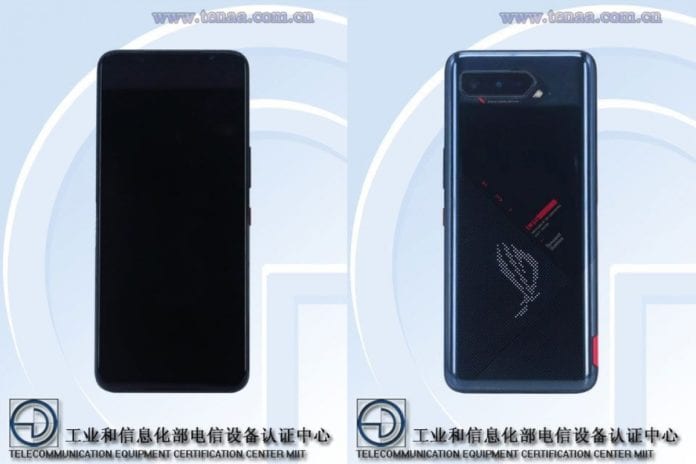 The next in line ROG (Republic of Gamers) Phone is still away from launch. But, leaks have started pouring in, revealing the ROG Phone 3 successor in its full glory. As far as naming is concerned, it will be mostly called ROG Phone 5 since number 4 is considered unlucky in Chinese tradition, and just like several other OEMs, including OnePlus.

Asus’ upcoming gaming smartphone has been certified by TENAA, and the listing has revealed some of its key specifications and few images.

According to the listing, the ROG Phone 5 bearing the model number I005DA will sport a 6.78-inch AMOLED display having an in-display fingerprint scanner, with an expected refresh rate of 144Hz.

The listing further reveals that the smartphone will be powered by Qualcomm’s latest and greatest Snapdragon 888 SoC, likely to be coupled with at least 8GB of RAM and 128GB of internal memory. The ROG Phone 5 will be running on Android 11.

The ROG Phone 5 will be having a dual 6000mAH battery, which means there will be two 3000mAH cells powering the smartphone, having some fast charging capabilities.

As far as optics are concerned, the triple sensor camera module is expected to make a comeback this year with a 64MP primary sensor.

At the back, there’s a dot matrix display that will be used to display time, notifications, and patterns when your phones idle and will offer some customization options to make the ROG Phone 5 look trendy.

ROG Phone 5 is expected to debut in the first half of 2021, presumably sometime in March or mid-April.