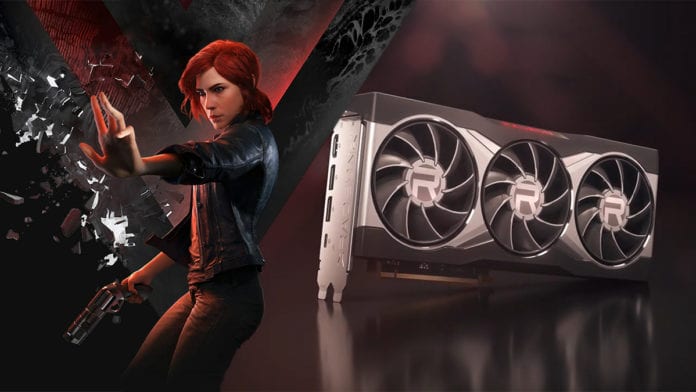 When we reviewed the Radeon RX 6800 XT, we found that it performed fairly well against the RTX 3080. In fact, in traditional rasterization performance, it trades blows with the 3080 just fine. However, its ray tracing performance was a little underwhelming, coming in just below the 3080 with it turned on. Now, no one expected AMD’s first attempt at hardware ray tracing to blow everyone away like Zen 2, and subsequently, Zen 3 did.

What everyone did expect was a performance-boosting feature similar to NVIDIA’s DLSS to keep up the frame rate when ray tracing features are turned on. That didn’t happen, as AMD is still working on its FidelityFX Super Resolution feature, which is supposed help in reconstructing images from a lower resolution to offer a performance increase.

You can see from our DXR tests that the new RX 6000 series does relatively fine for a first-gen implementation, but that’s about it. “Relatively well” when compared to the 2080 Ti, a last-gen card from NVIDIA.

Now, I wanted to push the card even more with other tests that we couldn’t get to in our original review. To start off, I fired up Quake 2 RTX and wouldn’t you know it – it failed. Quake 2 RTX offer fully path-traced rendering, but there is no way to run it on the AMD cards right now. I then started playing around in Remedy’s CONTROL, which is a great title if you want to test out a good suite of RT features in a well-made game. In Control, not only do you get the option of selecting render and display resolutions independently, but you also get five different features which use ray tracing. It’s almost as if Remedy wanted to challenge every card with ray tracing support in the future when they made it!

Now, it must be said that CONTROL is also an NVIDIA-partnered title, and it has DLSS which you would obviously turn on when playing with RT. But since AMD’s RX 6000 doesn’t have an alternative, we’ve got to settle with just RT features at native resolutions. I tested out an intense area of the game with a boss battle and heavy destruction all across the scene. I played the level multiple times with the RX 6800 XT, while changing internal resolutions as well as RT features until I got a playable experience. Here’s how it went down:

We know that no graphics card on the market (save for maybe the RTX 3090) can play this game with all RT settings maxed out at 4K. However, NVIDIA GPU owners can at least rest assured that with DLSS 2.0, they’ll get playable framerates as well as better image processing. The lack of Super-Resolution really hurts the experience on AMD cards. To really be able to play the game, you’ll need to turn down the rendering resolution, which can result in a worse-looking image when played on a 4K display.

We’ve previously gone over why AMD really needed Super Resolution before any of its public details were announced. Sadly, it looks like we’re going to have to wait a bit longer. Hopefully, we’ll finally get the feature with the RX 6700’s release, but that still seems unlikely.

What we do know is that AMD’s solution will likely apply to the new Xbox Series and PS5 consoles as well. Much like other features in its FidelityFX suite, we think that AMD’s DLSS-equivalent might be platform agnostic, which will at least make the wait worth it.