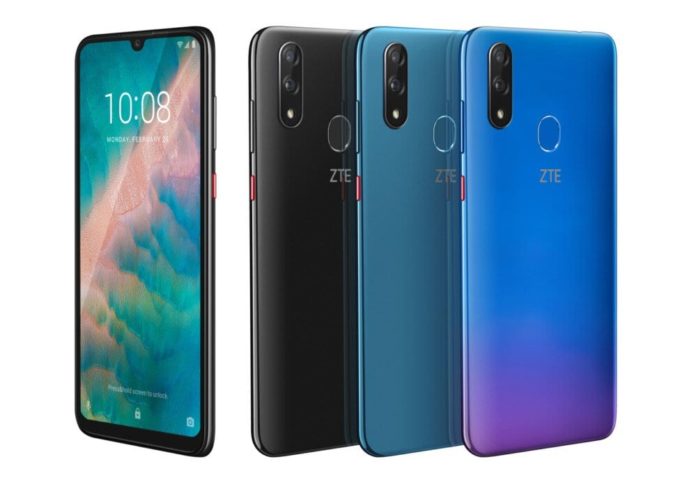 Smartphone photography has come a long way since the VGA cameras of mobiles of the early 2000s. Handsets in 2019 offer picture quality that’s pretty good at worst and in line with higher-end digital cameras at best. Selfie cameras became popular with IM & 3G video calling from the late 2000s. These cameras have usually been behind the ones on the back owing to their more limited use cases. However, modern smartphone manufacturers are paying more attention to the selfie cameras as many people take more photos with the front camera than the one on the back.

The new handset from ZTE continues this trend by sporting a 32 MP selfie camera using a display flash. The company does not disclose optics it pairs with the advanced sensor for some reason. Meanwhile, the rear camera consists of a 16 MP (f/1.8, 1.12µm) RGB module, a 5 MP (f/2.4) depth sensor, and a dual-LED dual-tone flash.

ZTE says that the Blade V10 will be available in black, blue, and green, sometime in March. The phone will be sold in APAC, EMEA, and Latin America regions at a price of around $300.