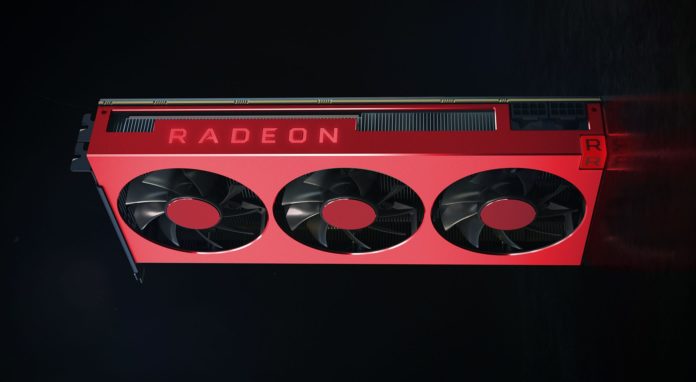 It had to happen sooner or later. Reports from third-party sources indicate that the AMD Radeon VII has reached status. What does EOL mean, exactly? It doesn’t necessarily mean that AMD’s going to stop selling the Radeon VII or even that it’s being superseded immediately by Big Navi. It simply means that the company won’t be manufacturing any more Radeon VII units, meaning that existing supplies will have to cover demand.

AMD themselves neither confirmed nor denied these reports. They issued a statement that said that “Radeon VII availability” is expected to meet demand. Considering that the Radeon VII is the least compelling GPU on the market right now, this statement likely means that existing stock will cover any new Radeon VII buyers. Yup, all ten of them.

While AMD themselves haven’t officially confirmed this, a Puget Systems representative went on record to say that AMD informed Puget that the Radeon VII had reached end-of-life. This is what he had to say, as reported by Tom’s Hardware:

The Radeon VII was never a particularly impressive product. With a $699 sticker price, it often fell short of the RTX 2080 in rasterized workloads without offering anything extra like hardware-accelerated ray-tracing. When the Navi based Radeon RX 5700 XT arrived on the scene a few months later, it rendered the Radeon VII all but irrelevant. It offered near-equivalent performance for almost half the price. Nvidia’s launch of the was the final nail in the coffin, with the RTX 2070 Super offering Radeon VII–equivalent performance and ray-tracing for less.