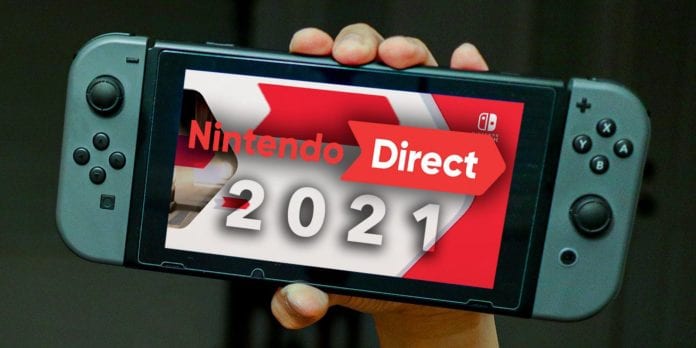 E3 is upon us, and so is the Nintendo Direct. What does it mean for our Nintendo wishlists? Let’s find out!

Pokemon? Zelda?? Smash Bros??? If you want news and reveals from some of your favorite franchises in the world, you attend Nintendo Direct. Nintendo Direct is an Online Video Presentation by Nintendo, which lets us know about the hardware and game titles that Nintendo and its developers have been working on.

Every year since 2011, fans get treated to a sneak peek of various of their favourite games and franchises through Nintendo Direct. This year is no different, with this year’s Direct coming online on June 15th, on Nintendo’s Youtube Channel.

This E3 Nintendo extravaganza is said to be a Switch Games special, with announcements all geared towards Switch Games.

So, as reasonable people, our expectations all revolve around games… Well, except one. But let’s start with some predictions which are almost certainly coming true-

Legend of Zelda: Breath of the Wild 2

Breath of the Wild 2 (unofficial name) is a game that was announced at Nintendo Direct 2019. Well, it has been two years and there’s yet to be another announcement regarding the project. We predict that there will be one this Direct.

This isn’t a baseless rumour, far from it, in fact. The reason we are so confident about this one is simple- it’s Zelda’s 35th anniversary. The 35th anniversary of one of the most successful franchises of all time is a big deal, and Nintendo isn’t the type of company to squander big deals.

So, expect a trailer at the very least, if not more.

A new Nintendo Direct always feels empty without a new Smash Fighter, and we don’t think that’s going to be the case this time around.

The biggest question this time around, like always, is who? Who is going to be the next fighter in Smash? Would it be the criminally forgotten Waluigi? Or maybe, the often predicted Crash Bandicoot? Maybe even a dark horse pick, Doom guy? Tune in to find out!

These predictions have a decent to a good chance of being true but don’t take our word on it. There’s not enough evidence for any of these to make a clear statement.

We know she’s coming, as her arrival was already announced at Direct 2017, but there hasn’t been a lot of news about the game in a while. If news comes out this year remains to be seen, expect to be mildly disappointed.

Metroid Prime 4 is in the same boat as Bayonetta 3. Announced at E3 2017, and has been on the ice since. No news of its arrival yet, but don’t be surprised if you do see it in this year’s showcase.

The already announced games that could be expanded upon

If it’s not clear by now, Nintendo announces a lot of games. Some of those remain in the limelight and are released fairly quickly, some others remain in limbo for quite a while. Here’s hoping some of these don’t stay in limbo for a while-

Ah, Pokemon. In spite of being the highest-grossing franchise of ALL TIME, the future of the multimedia empire doesn’t look as bright right now.

With both of its last mainline releases receiving middling reviews (Let’s go Pikachu and Eevee, and Sword and Shield), and the trailers for the newest ventures not being as well-received, Pokemon has got to hit this one out of the park.

Pokemon Legends: Arceus is the game people have been clamouring for, for ages. Open-world Pokemon has been dreamed about for ages. Expect some new information, maybe a trailer.

With the trailer of the highly anticipated Sinnoh remakes sporting a cool 9000 dislikes on Youtube, it’s safe to say that this one isn’t raising many eyebrows. Expect a gameplay trailer.

With it being announced only this year, don’t expect much from the not as popular but still beloved Nintendo Franchise.

There’s only one entry in here, and you probably know what it is already.

Call it the Nintendo Switch Pro, or the Super Switch – the reality of the situation is that a new Nintendo Console is probably not happening in this Nintendo Direct.

It absolutely does exist, there’s no doubt in that. If it’s coming out this year is the actual bone of contention. In this man’s humble opinion, it’s probably not. The biggest reason against it happening is that the Nintendo Direct this year was named a Software-only event.

Nintendo Directs happen every year, but the ones that happen at E3 seem to have a certain sheen to them. E3 Nintendo Directs always tend to bring a level of excitement that is unmatched by plain old directs.