Smallville is the story of Clark Kent becoming the Man of Steel. After 10 seasons of watching Clark go through the trials and tribulations that lead to him becoming the man as we know and love, it would be safe to say that it is the definitive origin story of Superman.

The show starts from the very beginning of the Superman mythos, starting with the fateful meteor shower that brought Kal-El to Earth, and him being found by the good-hearted Jonathan & Martha Kent. The said fateful event was also devastating for others, as it is revealed that the meteor shower also brought upon destruction in the small town of, well you guessed it, Smallville.

Fast forward a few years and we find a young Clark discovering his powers while in high school. While a normal teenagers’ problems include homework on the cusp of adulthood, Clark Kent, being not normal, has to adjust to his ever growing set of powers. His interactions with those around him is what is at the center of the show, human interactions complimenting his very inhuman origins. 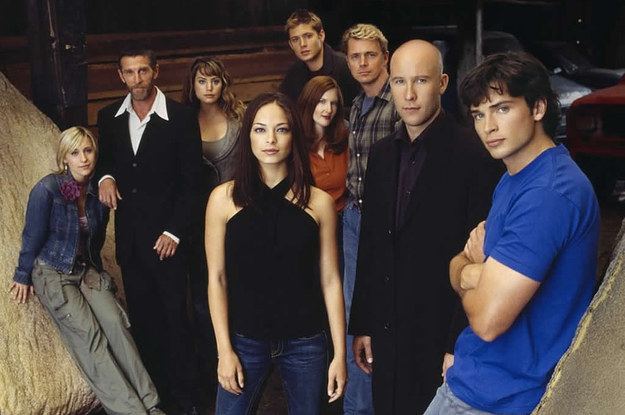 The early seasons of Smallville follow a villain of the week pattern, following Clark through his high school years as he struggles with the use of his powers, and defeating the so called ‘meteor freaks’ – people who used powers gained from exposed Kryptonite radiation for their own nefarious purposes. The world could not have asked for any better people to raise Clark the way the Kents did. They imbue a sense of goodwill and strong values in Clark that makes him more human than the people around him. Jonathan Kent (played by John Schneider) plays an amazing role in this, and perfectly executes his role of a strong willed father to Clark, while Martha (played by Annette O’Toole) is a warm and compassionate character who always believes in her son, even when he himself doesn’t.

Moving on, the show introduces many characters from the comics in their early years, way before they ever became the people that we know. Chief among them is Alexander ‘Lex’ Luthor, played to perfection by Michel Rosenbaum. He inserts the perfect amount of charisma and madness like no other actor could. If one were to make a list of reasons why this show works, Rosenbaum’s performance would undoubtedly be at the top of the list.

“This is Smallville! Meteor freaks, alien ships, cryptic symbols! These threats are real. Someone had to take control! Someone has to protect the world!” – Lex to Clark 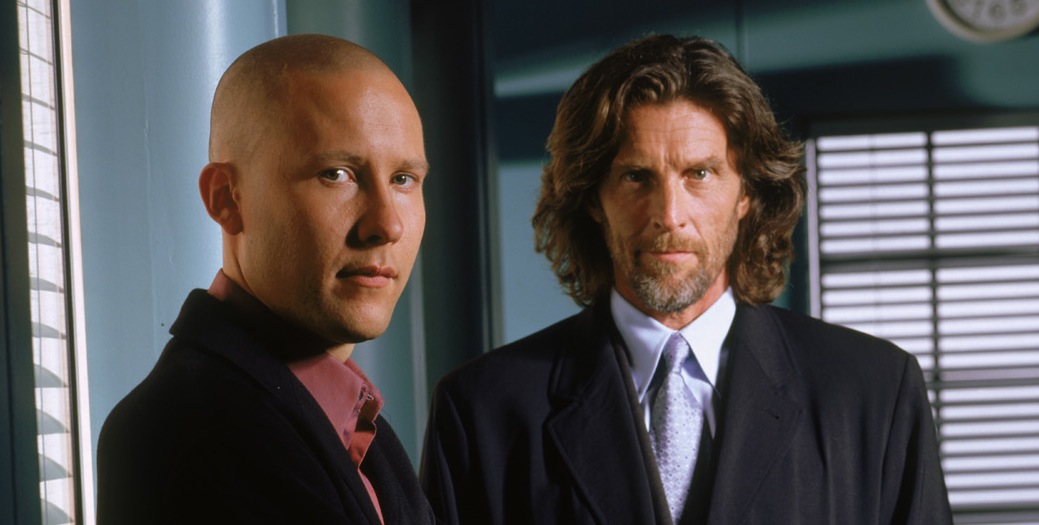 The show also presents to us a very detailed look at Lionel Luthor, Lex’s father, and how he contributed to the growing evil inside Lex’s mind. While the rest of the show illustated ‘how’ Lex became evil, Lionel shows ‘why’ he became so.

But the Luthors aren’t the only antagonists of Clark, and as any Superman fan would know, the Man of Steel has fought a very illustrious rogues’ gallery, with many of these characters making the jump to live action for the first time on the show.

Smallville had it’s own version of Braniac, Bizarro, Zod, Doomsday and even Darkseid. While the show did have a tight budget which wouldn’t help in realizing rhese characters to the fullest, the show did it’s job of showing us villains who would’ve put up against Kal-El in his early years.

The show also gives a good look at one of Clark’s earliest love interests : Lana Lang. While the rest of the world seems to know only one lady love in the name of Lois Lane, hard-core comic readers would know that it was Lana who Clark first fell for in his early years of super-heroism. 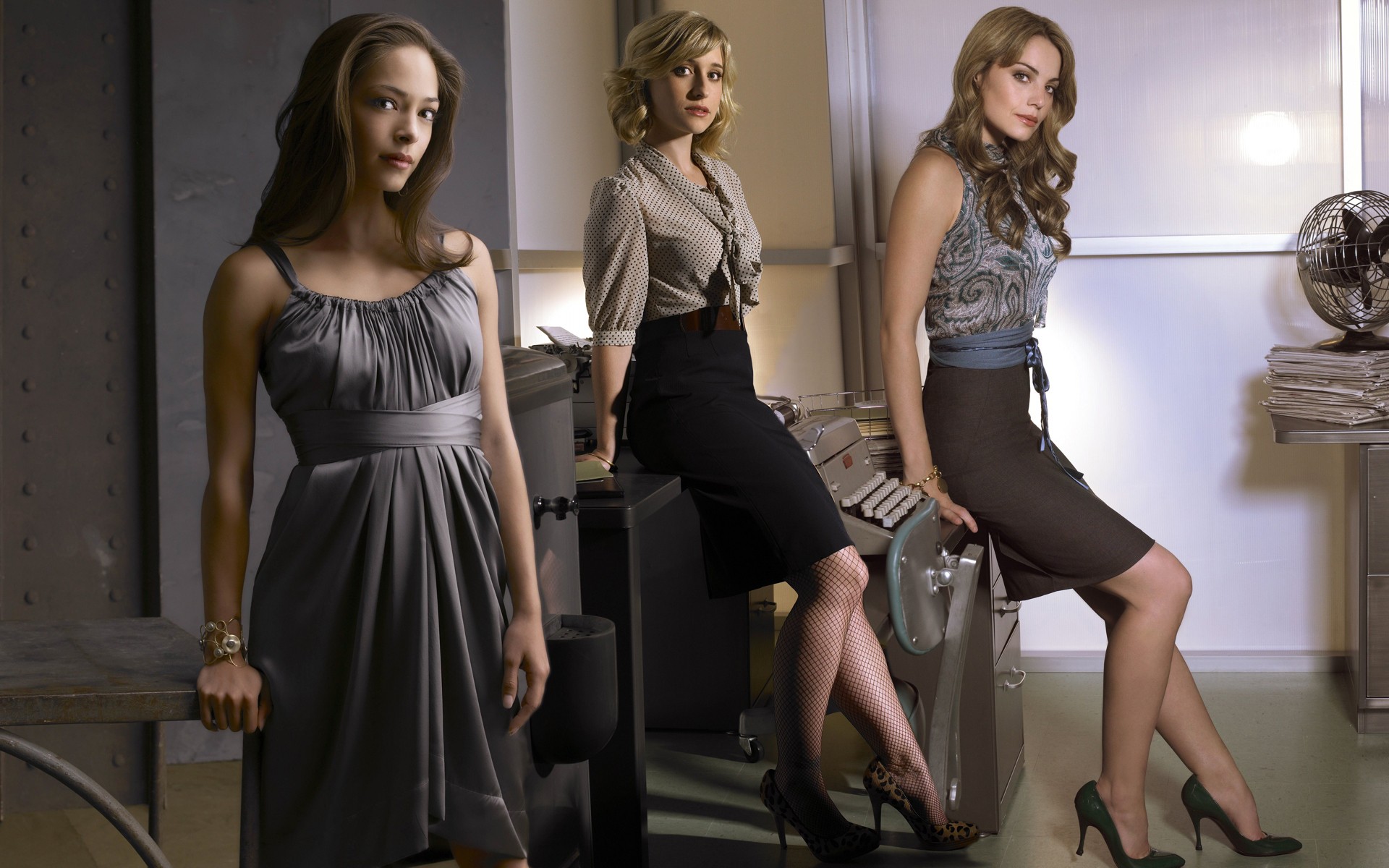 One person of note is Chloe Sullivan, played by Allison Mack, a character made exclusively for the show. Chloe made such an impact on the show that she was integrated into the comic book universe.

Coming to Lois (played by Erica Durance), Clark’s eventual love interest, it’s safe to say that the writers took their time in developing her character. It depends upon how much you know the source material to judge if the character was introduced too early (season 4, to be precise) in the show. However she is shown to become the hard hitting journalist that she is in a very passionate way, and the show never suffers from it.

“We’re all confronted with trials, son. But the true measure of a man is how he chooses to react in the face of those trials.”

The show also shows Jor El (voiced by Terence Stamp of Superman: The Movie fame) in shades of grey. He is never shown to be the guiding light for Clark as he should be, and is almost shown as a being with no feelings for the well being of Kal El. However disturbing this might seem to longtime fans of readers of the comics, fret not. This, being a Superman prelude, perfectly portrays how he must have seen his Kryptonian father while growing up with human values and emotions.

In its later seasons Smallville dives down deep into the DC comics archive and presents to us a plethora of characters to make the jump to live action. We get our first incarnation of the Justice League, the JSA, Legion of super-heroes, Supergirl, and even the Suicide Squad. Even though the show never even touches upon the existence of Bruce Wayne in its world, Oliver Queen fills in his shoes in quite an appropriate way. 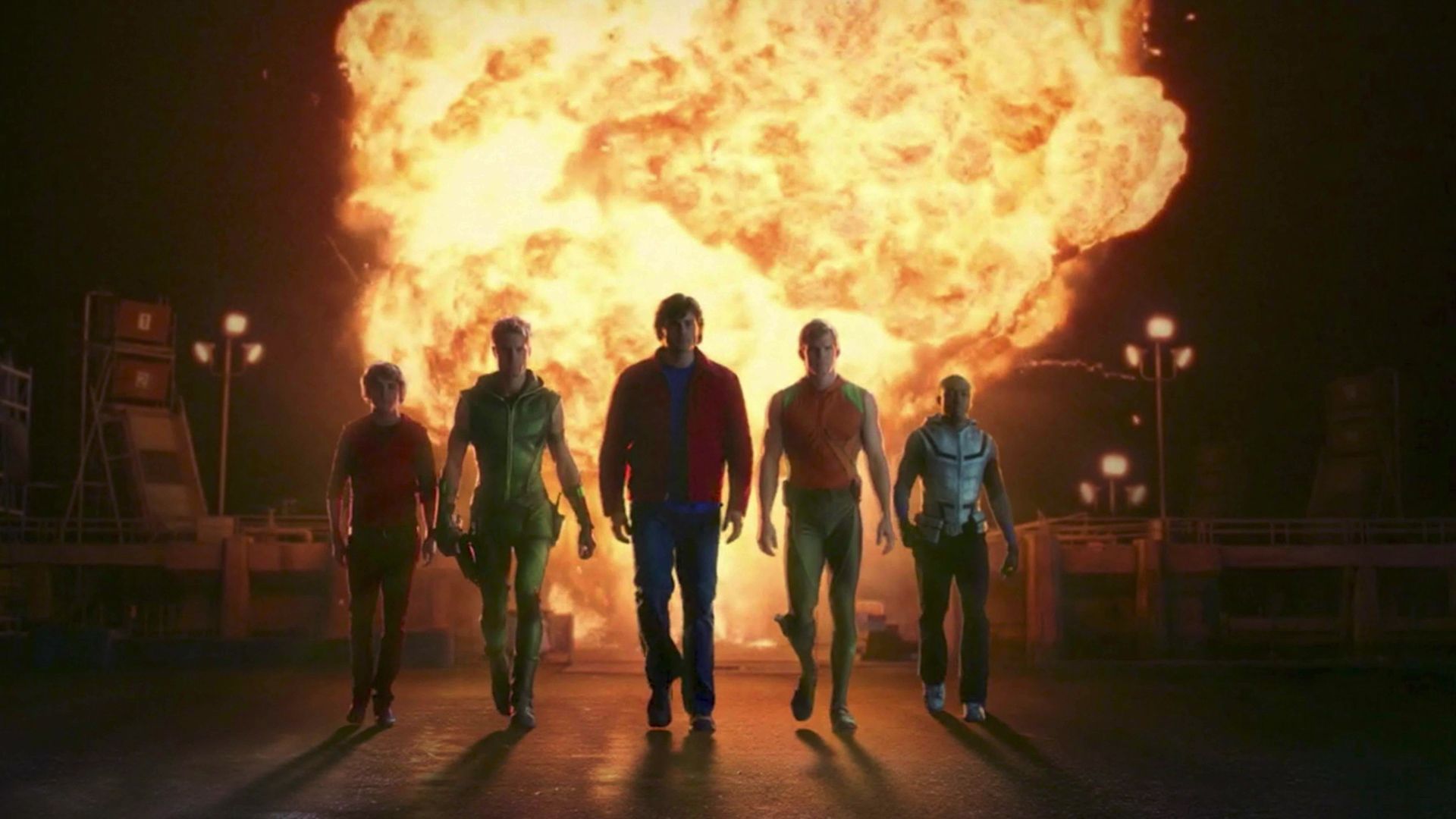 However, the show does have some flaws. A few subplots overstay their welcome and the show does seem to loose it’s flow around halfway through. For a show that came on The CW (formerly The WB), it does have its fair share of teenage drama, and while it may seem to get on the viewer’s nerves, it’s actually quite refreshing to see a super-hero show with as much character drama as this does.

It’s apparent how Smallville’s legacy has affected the current abundance of super-hero genre, in both film and television. It was complemented by other shots in the genre such as Mutant X and Birds of Prey, while neither of these enjoyed the same amount of success as Smallville. Premiering in 2001, the following year as X-Men, it catapulted the comic book genre of live-action media to success. Its affect can also be seen on other CW shows like Arrow, The Flash and the rest of the Arrowverse. Even the Marvel Cinematic Universe owes a fraction of its success to Smallville when it comes to their Netflix series (eventually leading up to The Defenders). 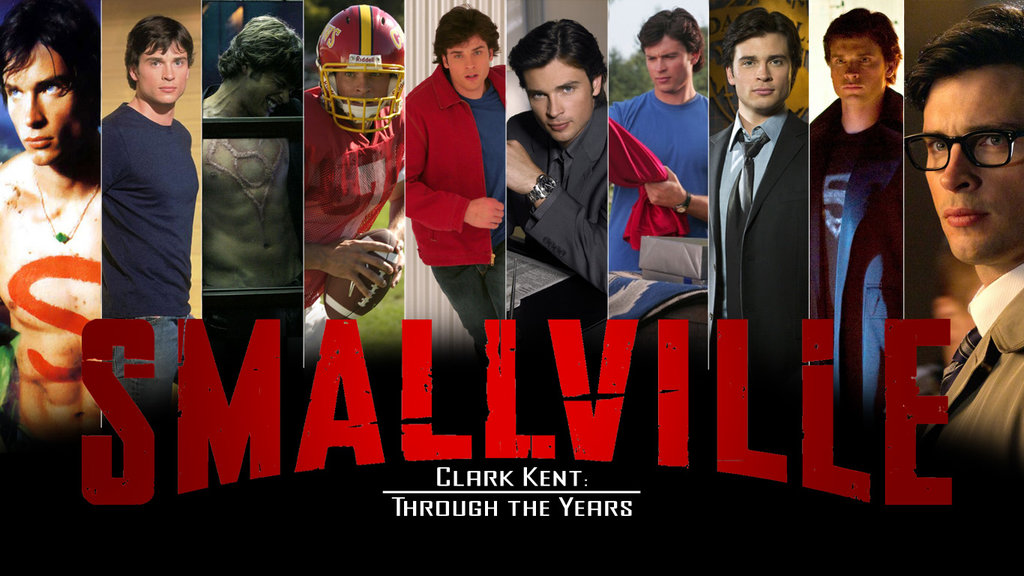 “No matter how much someone has hurt you or betrayed you or how much it seems that someone is evil, at their core, everyone is worth saving.”

In the end, Smallville lives up to what it set out to do : Provide an intricate origin story for the Man of Steel while giving viewers a tiny glint of hope of him soaring to new heights, and as the theme song suggests, he’ll always be there when anyone exclaims ‘Somebody save me’. 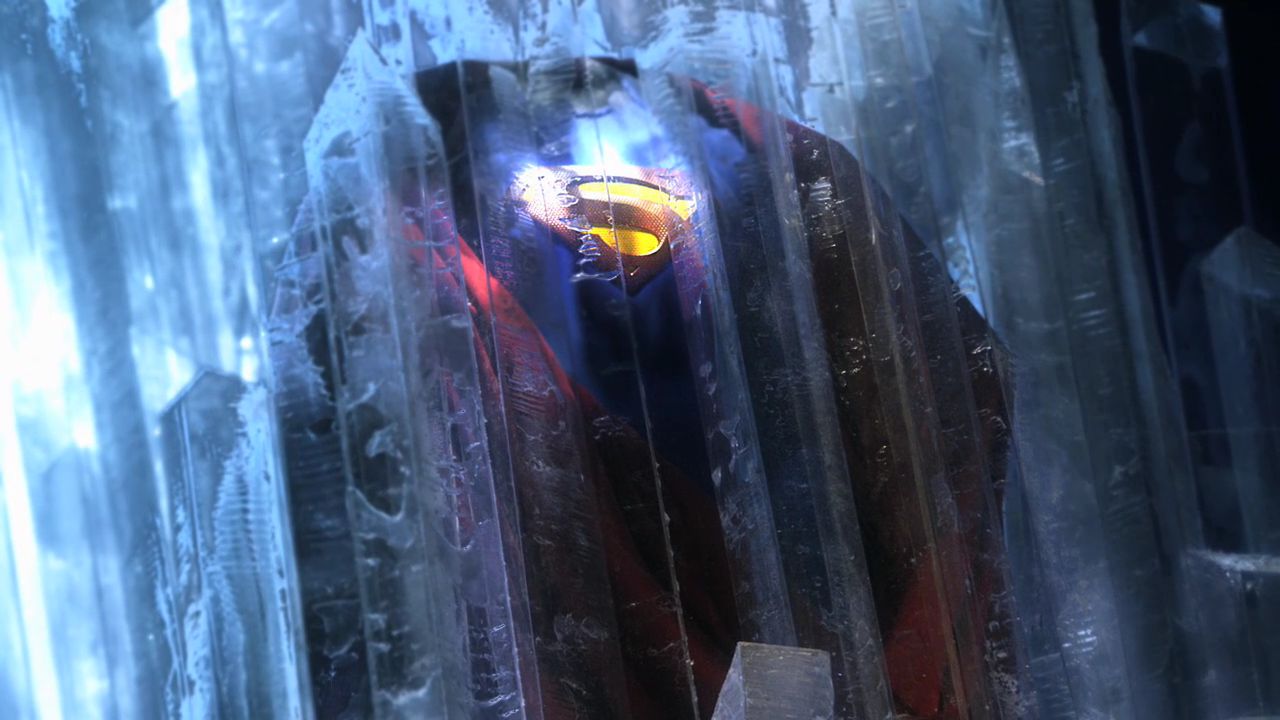 What are your thoughts on the series ? Do you think it serves as a good origin story for Superman ? Or do you think otherwise ? Let us know in the comments below !

Smallville is available on Amazon (here) as well as on its Prime video service.

Rahul Majumdarhttps://darthrahul.carrd.co/
I've been writing here for quite a while. Tech, Gaming, Film, you name it. Lead Editor here at TechQuila. Occupational hazards include excessive gaming & movie-binging sessions. Most active on Twitter!

Sno Babies is a gut-wrenching story that'll make you ponder over the harms of substance abuse and how it ruins lives in a way you can't help but feel pained.
Read more

In 2019, Microsoft announced the Windows 10X, which Microsoft explains to be "the best of Windows 10 built to enable unique experiences on multi-posture...

In another hit to the Chinese economy, U.S government under outgoing President Donald Trump has blacklisted Xiaomi. Xiaomi is the number 2 smartphone maker...

Cyberpunk 2077's developer - CD Projekt Red have now put forward a public apology regarding the messy launch of the game. The futuristic open-world...