It’s been a decade since the first Assassin’s Creed came out. It was an impressive game, although it worked mostly as proof of concept rather than a solid offering.

Two years later came Assassin’s Creed II. With it’s revamped gameplay mechanics, interesting characters, gorgeous settings and intricate story, it took the world by storm. Suddenly a franchise which was being debated upon it’s survival was getting stellar reviews and winning multiple awards. The Ubisoft team took 2 years for it’s development & accomplished all this, clearing out nearly all the complaints of the first game.

It is at this a point when Ubisoft made, arguably, one of their greatest mistakes. Following on the success of Assassin’s Creed II, they turned the series into a yearly property, that is to release one game every consecutive year.

The sequel, Assassin’s Creed Brotherhood, was also very well received, but the following games did not garner the same critical reception.

Come October 2012, Assassin’s Creed III was released, with another overhaul of the Anvil engine. It finally payed off the modern day storyline, with memorable characters  and a mature theme. It mostly received positive reviews but many of its technical glitches were a highlight of those.

The next game,  Black Flag imbued the series with a much needed change of pace, and originality. With a lighthearted theme and likeable characters, Black Flag gave it’s fans exactly what they needed and was adored by the critics. However, its gameplay got repetitive and many complained that it felt like a pirate game, instead of Assassin’s Creed.

The following years have, however, shown how the series is losing it’s creativity, Assassin’s Creed Unity was too short, and from a technical standpoint, chock full of disappointments. It was very much an incomplete game, with multiple patches soon following it’s release and Ubisoft even giving a formal apology to it’s fans.

While some may argue that AC:Rogue, released that same year was a much better game, it went largely unnoticed and underrated. Next came Syndicate. While it managed to recapture some of the joy and fun of the earlier entries, it focused more on showing a beautiful world, rather than focusing on how the world works.

The trademark traits of the series had begun to run their course. No longer was running around & stabbing people feeling innovative, but rather dull and boring. To cap it off, Ubisoft managed to create a motion picture subsidiary, planning to adapt many of its hot properties to live action.

The first of these was Assassin’s Creed, starring Michael Fassbender, Marion Cottilard and Jeremy Irons. While the basic premise was the same as the games, it took one great risk that the games had known (for better) to not. It focused almost entirely on the modern day. Now, ask any Assassin’s Creed fan what they love the most, and you’ll be assured that the modern day segments are NOT one of them. They’re often derided even. Holding a mere 18% at Rotten Tomatoes, the future of the (planned) franchise doesn’t look bright.

It seems that Ubisoft kept all this in mind while stating that they were taking a break in 2016, with no AC title coming out that year. This is a much needed break if the company is to keep it’s edge.

Enter Assassin’s Creed: Empire, the rumored title for the next main installment in the series, possibly batting an eye at a release this year. As of this writing, no concrete details have been revealed. All we have are rumors, so let’s dive down to them :

Empire is rumored to be set in Egypt, way before any of the other games in the series. There was even a 4chan thread allegedly revealing details about the next installment. Taking the setting into context, it would be safe to assume that the game would be able to go anywhere in terms of story without historical accuracy to hold them back.

As for the modern day aspect, the series seems to have been diverting its’ attention from it as far as it can. Recent entries did not give it the importance it demanded. So maybe a solid protagonist is all it needs. Maybe they can finally focus on the abstergo end of things, and given what Ubisoft has done with the Watch Dog games maybe they can get it just right.

As per the rumours, Empire will go for a ‘Witcher feel’, that is give the player all the freedom that can be given in crafting their own story. The game will be rife with a redesigned player progression system, and will include new free-form combat system.

As the game is being designed by the Black Flag team, you can expect better looking visuals and an open world inspired by the same (Boats and horses will also be back, something which were clearly lacking in the recent installments).

You will play as a a former slave turned Assassin. And being set in the time period that it is, the game will be less restrictive in terms of story telling as the time period is less documented than those of the recent installments. Here is a leaked screenshot of the game: 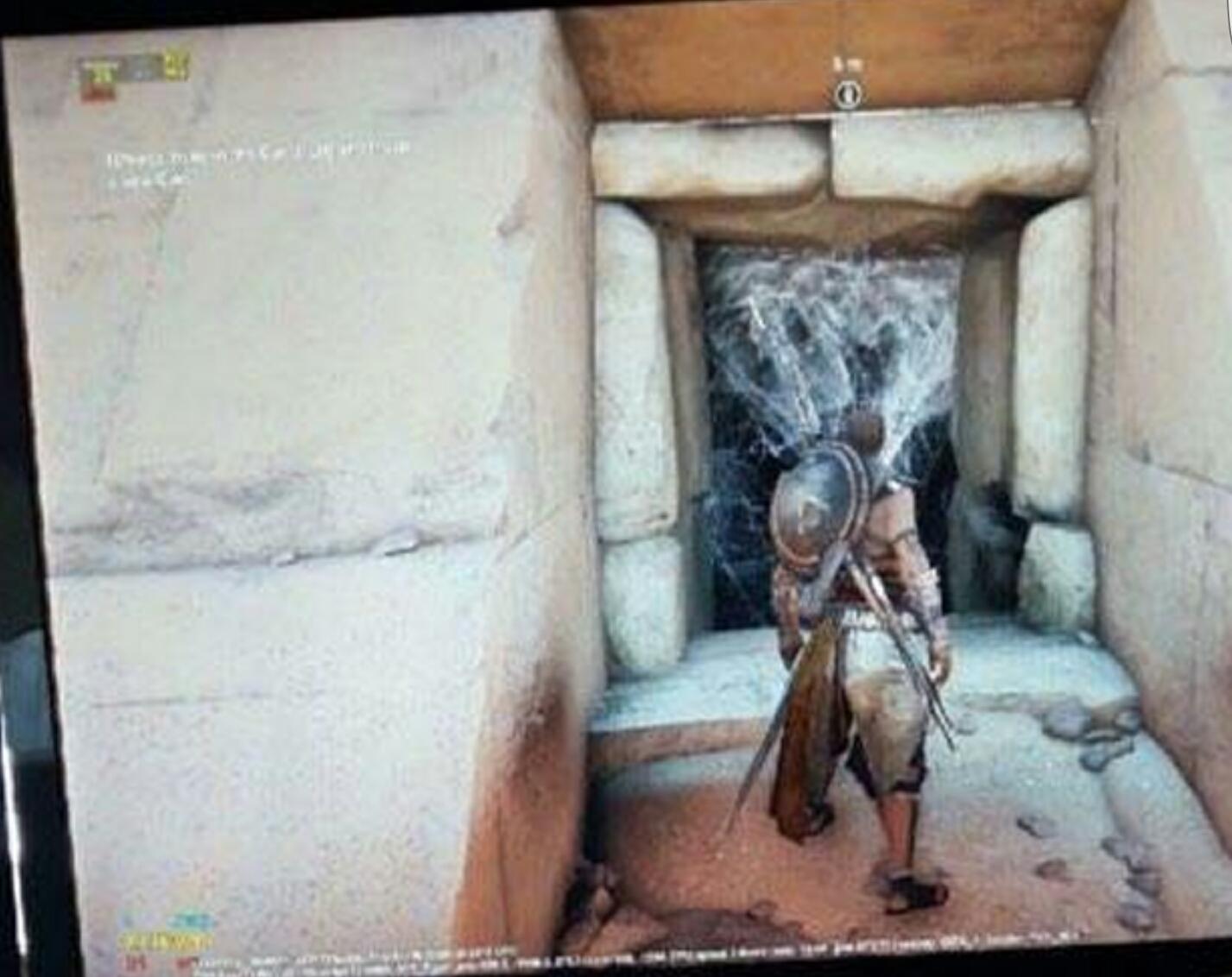 The protagonist could be one of the first ever Assassins, which could lead to an interesting story about how the Assassin order came to be as it is in the other games. This thread posts some interesting insight into how this new system could work.

Here is an image that has leaked from the game’s development process that adds fuel to the fire. 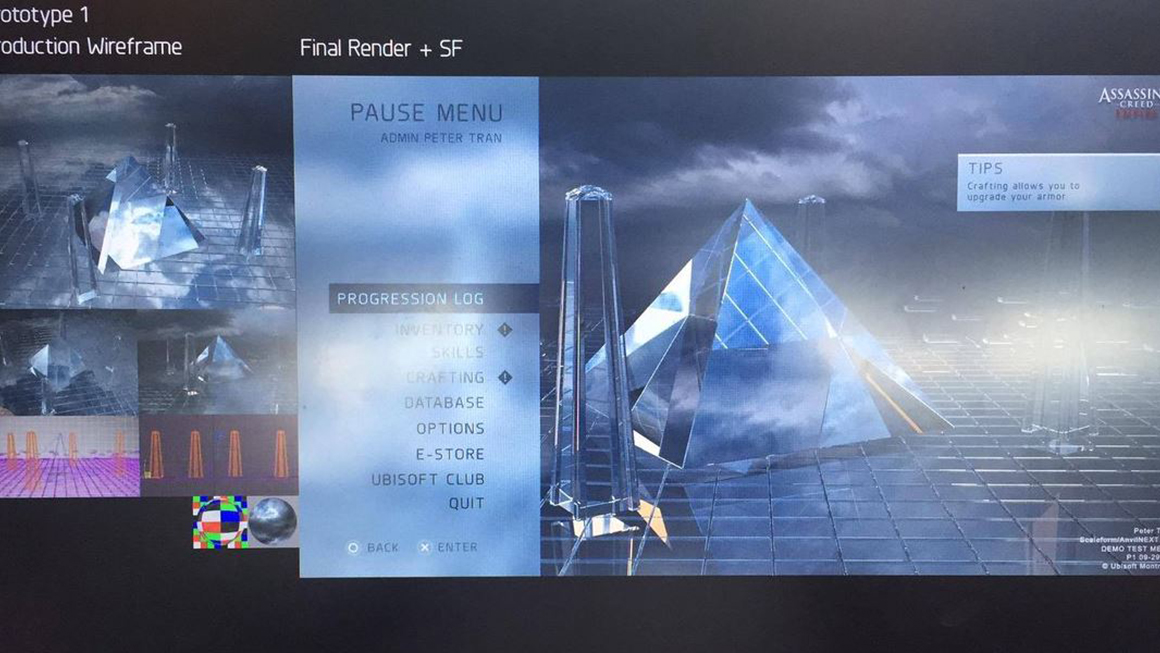 If these images are anything to go by, it would seem that the protagonist is Caucasian, and is perhaps standing in front of an Egyptian tomb. Many fans have started breaking down these leaks to the fullest. With the latest rumors stating that Ubisoft might skip this year too, we can only wait until this year’s E3 conference for any sort of confirmation, and if we’re lucky enough, we might even get some reveal too.

Nintendo set out to win the lackluster E3 line-up this year, and they knocked it out of the park. Let's...

Nintendo set out to win the lackluster E3 line-up this year, and they knocked it out of the park. Let's see that major reveals...

Cyberpunk 2077 Might Be Coming Back To The PlayStation Store, But Does It Deserve To?

After last year’s not-so-successful launch, and subsequent criticism alongside an unceremonious removal from the PlayStation store, Cyberpunk 2077 might be coming back to the...

Online rummy is emerging as a popular choice of entertainment these days. The credit for this goes primarily to the availability of the game...