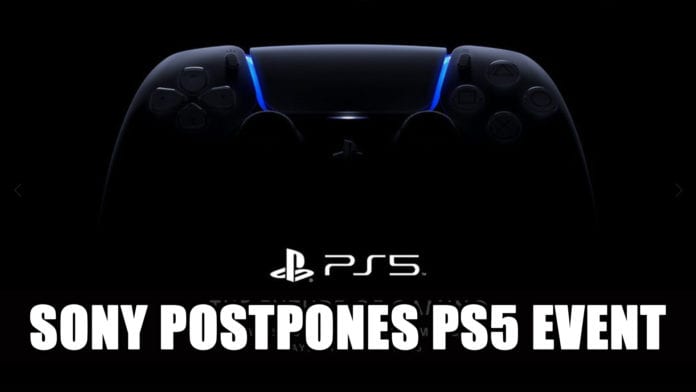 The much-hyped PS5 event originally scheduled for June 4 has been postponed in the light of the ongoing protests throughout the US, in response to the death of George Floyd. But seemingly we might have a hint about the new date.

Sony was expected to showcase next-gen gameplay for its upcoming console set to launch this Summer. They announced the unfortunate news through Twitter:

Now, we’ve received new info according to a post from one of the most reputed places on the internet, good old 4chan. (No, it’s not reputed at all. I’m just kidding.)

The source claims that the new date for the event is June 12, a week later than the original. Some outlets are seemingly already getting updated on the same already right at this moment

Although often filled with fake leaks, the place has quite often leakd some of the biggest reveals much earlier than the official announcements so there’s that too. And this kind of makes sense for Sony. One week seems a logical decision to let the situation calm down before having a presentation like this.

Also, there are several rumors sparking up about huge new game reveals at the event, including Horizon Zero Dawn 2 and Call of Duty 2020.

According to RespawnFirst, Horizon Zero Dawn’s senior quest designer, Blake Rebouche, retweeted Sony’s PS5 showcase event tweet, cryptically adding, “Join Us.” Guerilla Games Lead Animator Richard Oud followed suit, by retweeting the same tweet and stating that the console will be the future of gaming and that fans should mark their calendars for the upcoming event. Both tweets were deleted fairly soon after they were posted. With the event being postponed at last-minute, this makes sense.

Another widely rumored reveal is Call of Duty 2020, expected to be named Black Ops Cold War. A Twitter user, who’s constantly digging out latest new info about the game, posted a tweet saying that it’s official. That tweet was then retweeted by David Vonderhart, the Game Designer Director at Treyarch. He later deleted the retweet. Notice the connection? I guess this pretty much confirms that it was set to be revealed at the event as well.

Well, whatever it is, we’ll get to know pretty soon. Let us know what games do you expect to see at the event.