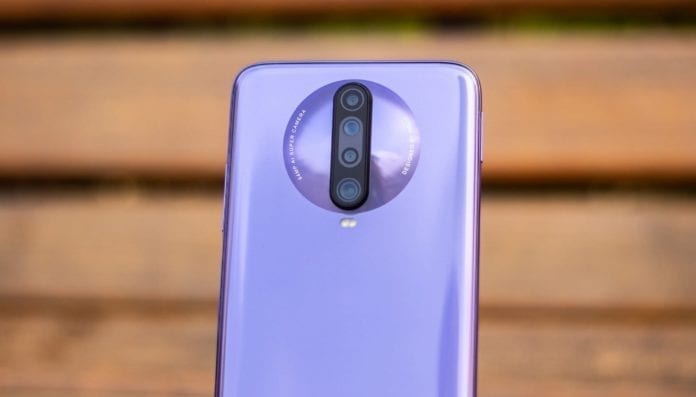 No phone after the OnePlus One has tugged at my geeky heartstrings as much as the Poco F1. Here I was yearning for a faux flagship because I knew with certainty that the development community would devour this little morsel of prey with intense satisfaction (which they did!). To this day the Poco F1 evokes a sort of patriotism among its owners that is unparalleled by any other user audience (except perhaps iPhone users, but they don’t really count now do they?). So, imagine my excitement when Poco was spun off into its own independent entity and decided to launch a mid-spec budget phone, the Poco X2.

Well, truth be told, I was more excited about Poco’s return (with the F2 on the horizon) rather than their bland choice to kick off new horizons with a re-branded Redmi K30. But maybe, just maybe this phone deserves more slack than it’s getting? As per usual let’s find out!

Make way for the elephant in the room. Quite literally! The Poco X2 is one LARGE phone (6.67 Inch display). Though the phone feels quite premium with its glass and plastic sandwich design, the phone is surprisingly top-heavy. Perhaps placing the power cell with an apt positioning could have alleviated this concern. Then again, this is a minor niggle that most people who don’t use their phone in weird positions would otherwise ignore *wink wink*.

Probably the only polarizing design element is the quad camera housing that’s radially shrouded in a concentric glass bubble of sorts (which I think looks quite snazzy). The right side houses the fingerprint scanner that’s built into the power button (hallelujah) flanked on top by the volume keys.

Button feedback is satisfying for the most part and the requirement of a button-press whilst using the fingerprint scanner is a ballsy move that does pay off. Most accidental unlocks can be prevented in this manner and I for one am a fan of this move (though you can change this up according to your preference). The scanner by itself is blazing fast and most definitely leaves the like of in-display finger print scanners in the dust. Face-unlock works as fast as you’d expect it to with a small trick up its sleeve. Provided that the front camera is housed in a hole punch that’s displaced to the periphery, face unlock now works in a plethora of angles which I quite enjoyed *wink wink*. OKAY, I’ll stop with the innuendos for now.

The base houses the USB-C port and a mono speaker while the left edge houses the hybrid-dual SIM slot. Despite a few niggles, I feel that the Poco X2 has quite a striking design that looks and feels premium in the hand. Though this is a rehash of the Redmi K30’s design, it still gets marks for having great build quality albeit being a little derivative.

Seems like quite a list for a phone under 20k doesn’t it? I’d be inclined to agree for the most part considering that this spec heavy display is the main USP for the Poco X2. However, in the interest of full disclosure, I was previously using the Redmi K20 Pro with its beautiful AMOLED panel and its animation scale set at 0.5X. So you can understand why I wasn’t exactly “blown away” with the X2’s display.

I forced myself to use the default animation scale to really take advantage of the high refresh rate display, and my experience was a mixed bag of sorts. The 120 Hz spec works as advertised, that’s for sure, but with my level of power usage (7-8 memory hungry apps open at the same time with constant Bluetooth streaming using the LDAC codec) the phone tends to micro-lag or stutter before it can produce a smooth animation that gives me the satisfaction of using a high refresh rate display. This was frankly annoying at times because I’d faced no such issue on the ROG Phone 2 (120 Hz AMOLED display). Granted, it’s unfair to compare considering the Poco X2 is bottle-necked by its mid-tier Snapdragon 730G, but this again leads me to how Poco is marketing this phone- a performance/gaming focused contender.

Sure, playing non-taxing games like Alto’s Adventure at 120 Hz is quite an enjoyable experience. However I seriously doubt whether this chip is capable of pushing high frame rates when 90 or 120 Hz support does make its way to games like COD and PUBG which makes me speculate. The cost of fitting a high refresh rate IPS panel on the Poco X2 is probably the same as fitting a standard AMOLED panel which I’d honestly prefer. I quite strongly feel that a high refresh rate display spec is wasted on a budget phone when considering their hardware limitations. This is a shout out to not just Poco or Xiaomi, but other budget competitors such as Realme and Samsung.

As you can probably gather from the specifications listed above, we have the completely maxed out version of the Poco X2 here with us (19,999 INR). The 730G under the hood of the X2 is no slouch. It handles everyday mundane tasks with surprising ease and smoothness (thanks to the high refresh rate). It’s only when you move past social media apps and one window gaming when things start getting a little sketchy. Like I mentioned earlier, my power usage consists of streaming songs via Bluetooth on the LDAC codec (which by itself is quite CPU intensive) while simultaneously running 4-5 memory intensive apps and probably one game (mostly COD). Even with the 8GB of RAM on our unit, we noticed a significant memory leak. So much so that at any point over 75 percent of our RAM would be occupied during my intense sessions.

Just to give you some context, my K20 Pro with 8 gigs of RAM almost always idled at 50-55 percent during these sessions with the same apps thereby confirming my suspicions. Anyway, this didn’t adversely affect my experience with the phone, but it is something Poco should fix via a software update. Micro-Lag or stutters are prominent once you really settle into the phone with all your apps and media junk. However, this is the issue with most mid-range phones that don’t use flagship processors. Here, it’s a wee bit accentuated thanks to the 120 Hz display that wreaks a tiny bit of havoc by making you compare and contrast between situations where the UX is either completely slick or awkwardly jittery.

The 730G is a gaming centered chip and truly doesn’t disappoint in that regard. Performance on COD, PUBG, and other Indie titles is stellar all around (albeit a slight hit in frame rate compared to the flagships). Poco’s “Liquid Cooling” technology seems to work like a charm and never once have I felt the phone getting too hot in my palms; even while charging!

Software is where I feel the Poco X2 left a little something to be desired. Don’t get me wrong, MIUI 11 offers a very feature rich user experience and all that (thankfully without ads). It’s just that Poco (which is now a seperate entity) should find a way to uniquely distance itself from its parent company both in terms of software and design akin to to what Realme has set out to do with Realme OS. I strongly feel that Poco as a brand should offer a unique set of hardware/software features that consumers won’t be able to experience on other Xiaomi phones if they truly want to target the niche audience that the Poco F1 had drooling.

One of the major trump cards that the Poco X2 holds is the fact that it bundles a 27W Turbo charger in the box. AND BOY IS IT FAST. It’s definitely a smidgen faster than Realme’s 30 W solution for some weird reason and the adapter itself is adept at heat management which is a play right out of OnePlus’s book. The X2 takes only 59 minutes to reach 100 % from a measly 14 % despite its significant 4500 mAH cell capacity.

Battery life by itself takes a slight hit despite the battery capacity thanks to the 120 Hz refresh rate. I averaged around 5 hours of screen on time with the high refresh rate switched on at 50 percent brightness with two 4G SIMs constantly buggering for signal. If the K20 Pro can average around 7 hours with a normal 60 Hz display and a 4000 mAH cell, I’m sure the X2 could have pulled off those numbers had I dialed down the refresh rate during my time with the device. If only they had a 90 Hz option?

If you’ve watched/read other reviews on the internet, you probably know by now that the X2 has great camera performance for its price. It definitely edges out its competitors from Realme and Oppo. I’d suggest not using the wide-angle or the macro lens for pictures of any kind – they have straight up hideous output.

Though the primary 64 MP sensor takes some sharp images under good lighting, the output looks very washed out unless HDR is ON at all times (which I suggest you do). The usual penchant for Xiaomi phones to over-soften subjects and create a water-colorish output is present on the Poco X2 albeit a little toned down. Low light images are a smidgen better than what you would expect for the price. Overall, the Poco X2 is a great buy for those looking for the best smartphone camera money can buy under 20K. GCam support is just an additional cherry!

PS: Don’t expect me to test the front camera on any Xiaomi smartphone. I honestly have no interest in showing off my inhumanly soft complexion on the Internet. To answer your question, yes. The X2 does take very soft selfies.

So, Should You Buy It?

Honestly speaking, there’s nothing very alluring about the Poco X2 at first glance. Sure, this is a comeback product from the team that brought us the Poco F1 but it’s also a rehash of the Chinese Redmi K30. I think we reviewers need to properly meter our expectations from the Poco X2 considering it forays into a market space that the F1 never aimed to target. This is Poco’s shot at the budget space (sub 20K INR) and it isn’t fair of us to thrust the accomplishments of the parent on this wildly capable love-child.

So, should you take the plunge? A sure-shot yes! The Poco X2 is only mildly exciting, but whatever it does, it does with utmost refinement. Unless an AMOLED display is a must have (unfortunately for me it is), the Poco X2 is undoubtedly THE budget phone to pick up right now!