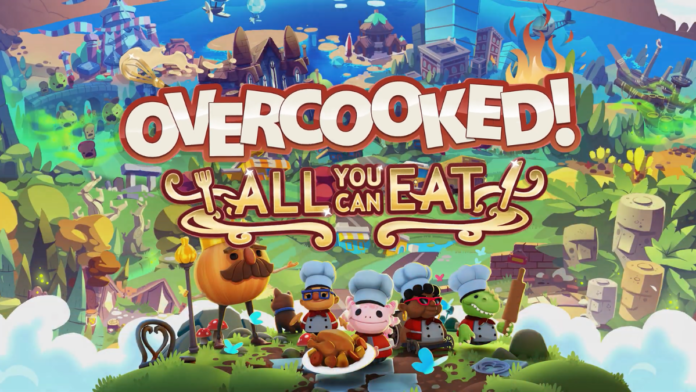 In what has become a monthly tradition, a french gaming board has leaked the Playstation Plus September 2021 games, and people who were hoping for the original leak about Tony Hawk’s Pro Skater 1&2 to be true are in for a surprise.

A french website with a proven track record for leaking Playstation Plus games has leaked the three games coming to Playstation Plus in September 2021. The same website also leaked the games for the July edition of the service, and leaks coming from here are more trustworthy than anywhere else. It isn’t an official announcement, but as close as you can get to one before it.

The games that are supposedly coming to Playstation Plus in September 2021 are Overcooked! All You Can Eat for the PS5, and Hitman 2 and Predator: Hunting Grounds for the PS4. Note that Overcooked! All You Can Eat will not be available for PS4 players, while Hitman 2 and Predator: Hunting Grounds will still be available for PS5 users.

Overcooked! All You Can Eat is a remaster of the original two Overcooked games, featuring more than 200 levels for you to play with your friends and cause a ton of chaos while doing it! You can play it in glorious 4K in 60 FPS on your Playstation 5, and you definitely should. This game is fun personified.

Hitman 2 is the beloved sequel to 2016’s Hitman, a new vision for the long-running Hitman franchise. Upon release, the game was critically acclaimed, received a ton of game of the year nominations, and is counted among the best games of 2018 and the stealth genre. You can be brutally murdering a Mexican crime lord one second and rolling away in a toy car the next. What’s not to love?

Predator: Hunting Grounds is a multiplayer game based upon the popular “Predator” movie franchise, and it has Arnold Schwarzenegger in it. Need we say anything else?

All three games, especially Hitman 2, are a very fun time. If you didn’t already have Playstation Plus, you really should be considering getting it soon, especially since it’s available at a discount right now. Tony Hawk didn’t make it in this month, but there’s always the next time. Playstation Plus September 2021 just wasn’t the game’s day.