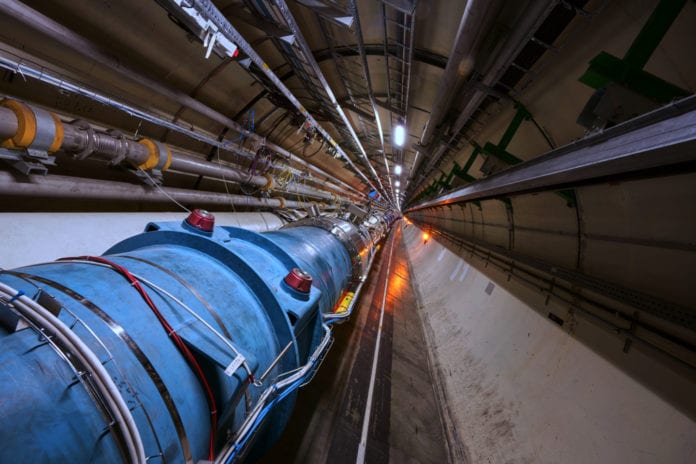 Any discovery in particle physics is considered to be a feat, as these small, elusive building blocks of matter are very hard to detect. Some of them, such as neutrinos, almost defy the common perception of what it takes to be a particle in the Universe as we know it.

Researchers have had to go to great lengths to detect some of the famous ones known today. The construction of the Large Hadron Collider was carried out to answer some of the most perplexing mysteries known to the physicists. Some of them were answered with the discovery of Higgs Boson.

Eight hundred researchers have co-authored the remarkable paper, yet to undergo the process of peer review has attracted the attention of academicians all over the world. This discovery is being seen as the result of two decades of global efforts to find such particles and to ascertain their existence by such experiments.

The current scenario of research in physics finds its roots in the elementary research, which was done in the 1900s, which found a lot of particles. They had different properties, and to make sense of them, it was hypothesized that they must be made of certain elementary building blocks, called quarks.

What the subsequent research found was that there were six different types of quarks and that they would bind together in compliance with simple rules of symmetry. A particle formed from two quarks is called a meson, whereas the particles formed by the union of three quarks are known as baryons.

It was the results of an experiment in 2003 that pointed to the possible existence of certain particles that showed ‘exotic’ properties. The ‘tetraquark’ theory could only explain the properties they exhibited.

Other researchers in the past had expressed their opinions that other combinations of quarks could exist in nature. As predicted, these ‘exotic’ properties could only be explained if the said specimen were made of four quarks. Another experiment in 2015 confirmed the existence of pentaquarks as well.

The discovery, which was done by colliding two protons inside the Large Hadron Collider, composed of four quarks of the same kind. This makes this particular discovery very interesting for the researchers. This discovery provides an opportunity for physicists to study the behaviour and interaction of these quarks more closely and find better explanations for the nature of the Universe.