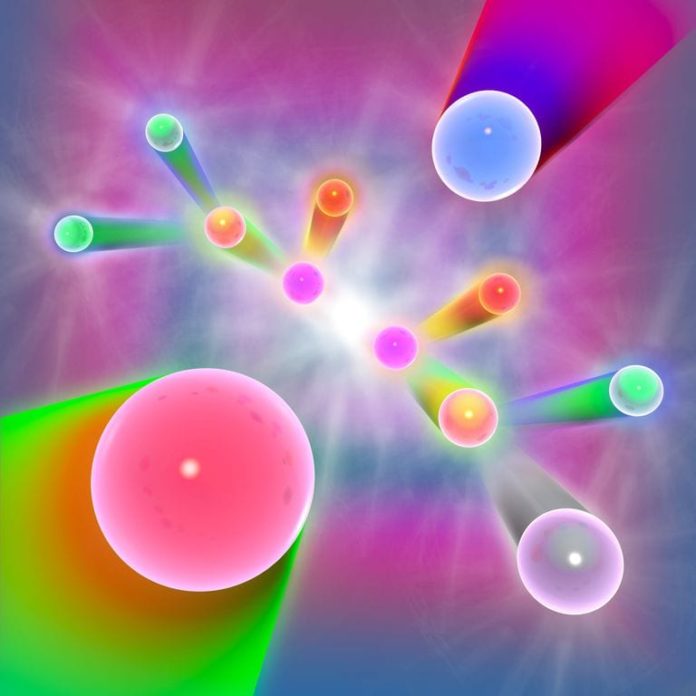 Experimental Physics thrives on the idea of smashing things together. Literally and figuratively. It seems that Physicists might be able to do this to a new particle very soon. A new experiment has raised the hopes of researchers as it has gotten closer to being able to collide a particle called muon in a collider. Smashing together muons could result in a mashup of energies of a higher degree than ever before.

Researchers at the Muon Ionization Cooling Experiment, or MICE, have successfully cooled a beam of Muons, which is an important step in colliding the particles. The results were published in Nature on 5th February.

The study of the fundamental nature of things requires Physicists to collide particles at a very high speed. Then the scientists go through the wreckage. This approach has revealed previously unknown particles such as the Higgs Boson at the Large Hadron Collider at CERN, near Geneva, in 2012.

The LHC is a 27-Km long tunnel built under the fertile lands of Geneva, and it is the largest machine ever built. To search for new particles, scientists must go to even higher energy levels. This is due to the fact that heavier particles contain more energy. Therefore, scientists plan on building an even bigger version of the Hadron collider.

The problem with accelerators that smash together Protons such as the LHC is that Protons are not fundamental particles. When two Protons collide, they split into Quarks, which is what Protons are made of. Each Quark only carries a fraction of the Protons energy. Collisions of fundamental particles like muons do not have the same problem as they cannot be divided further.

Colliding muons is another story in on itself. Muons can only be produced by slamming Protons into some material, which in turn produces some particles that decay and give out Muons. These Muons are of varying energy levels. They need to be cooled uniformly for the collider to work; this is the problem that the researchers recently seemed to have solved.