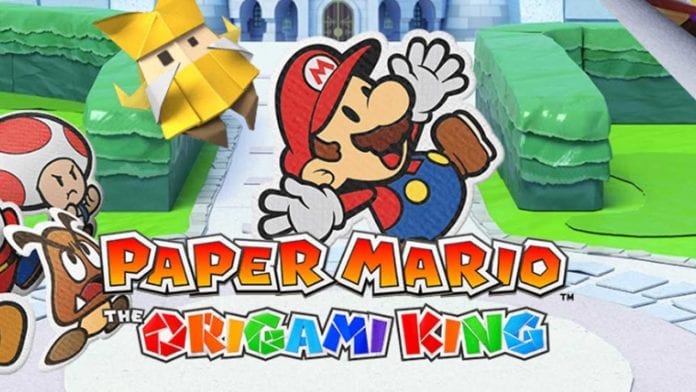 Nintendo just pulled off an absolute surprise it had been hiding under its sleeves for god knows how long. Paper Mario is coming back. On the Switch. This July 17. Hype!

“Paper Mario: The Origami King delivers a grand new adventure on Nintendo Switch for players to wrap themselves up in,” said Nick Chavez, Nintendo of America’s Senior Vice President of Sales and Marketing. “This game marks the debut of the Paper Mario series on Nintendo Switch, expanding the vast library of games with another standout entry in a beloved franchise.”

This will be the sixth entry in the series that debuted back in 2000 on the N64 as Paper Mario. Nintendo has since been pushing new games nearly every 4 years (which is looooong for a series THIS good).

The Origami King while looking more beautiful than ever, also introduces new gameplay mechanics. One of Mario’s new abilities, called 1000-Fold Arms, allows you to interact with the landscape by stretching out and pulling, peeling and revealing new locations, helping you to solve puzzles and uncover unexpected surprises.

It also features a new ring-based battle system that lets you flex your puzzle-solving skills to line up scattered enemies and maximize damage. While the enemies may be crafted from paper, these dynamic, turn-based battles are far from stationary. You can watch it in action here:

It’s coming out on the Nintendo Switch this July 17. Pre-orders for the digital edition are now live at the usual $59.99 USD/ $79.99 CAD price tag. Read more about the game on it’s official website.