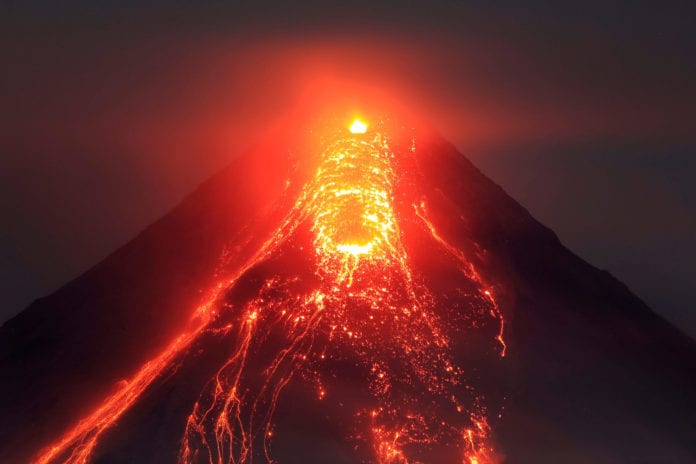 Mass extinction events are very common if you look at Earth’s history. Starting from the initial days of our planet, this ball of rock was in the midst of a shooting gallery, which more or less meant that until things settled down, life could not take hold here. Even after the asteroids that occasionally paid our planet a visit settled down in non-colliding orbits, we still encountered such devastating events every few million years. A very large number of species of animals before us have perished due to such events.

Researchers wanting to uncover the mysteries of our planet’s past, have come across a previously unknown mass extinction event. A huge volcanic eruption that took place at the western coast of modern Canada about 233 million years ago led to acute global warming at that time. The eruption pumped unimaginable amounts of Carbon Dioxide and other greenhouse gases into the atmosphere, which resulted in a mass extinction event. The effects of this event were felt worldwide, and it probably led to the extinction of the dominant tetrapods, which paved the way for the evolution of dinosaurs as we know them.

The most prominent mass extinction event in public’s imagination is the one that occurred 66 million years. We all know how a giant asteroid landed on Earth and blacked out the Sun, which caused the death of the Dinosaurs that had ruled the Earth many folds longer than what the Humans have. This is also the last mass extinction event known. Till now, researchers only knew about five such events; however, with the addition of the new one, this tally goes up to six. Termed as the Carnian Pluvial Episode, this ME was almost as destructive as the asteroid impact.

The first clues of this event were discovered in Europe, but back then, it was thought that it was a local event, and its effects did not spill out of Europe. However, due to the efforts of Michael J. Benton, a global die-off among tetrapods was recognized. The nail in the coffin was the discovery that the eruption in the Wrangellia basalts coincided with this global die-off. Later on, the signatures of the event were discovered across multiple continents, which confirmed that this was a global mass extinction.

The conditions after the eruption of these massive eruptions would have been apocalyptic. The effects of these eruptions were felt both on land and in the sea. A big chunk of the animals alive at the time died as a result. There are still many unanswered questions about the loss of life that took place and the recovery that came after. However, the confirmation of this mass extinction event will probably help us understand our planet a little better.

Does Bollywood Need More Representation in the Online Casino Industry?