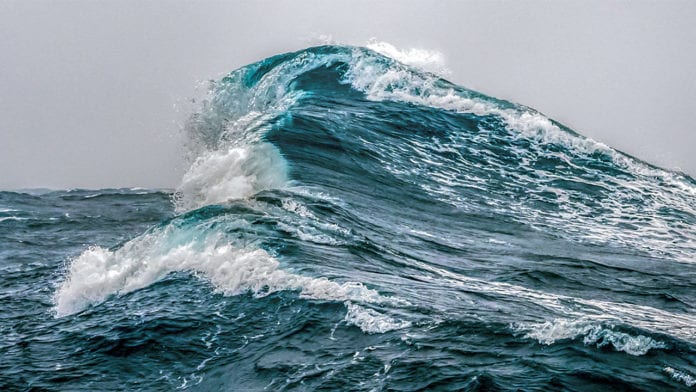 Climate change is a major threat to our planet. Some even refer to it as a bigger crisis than the COVID-19 Pandemic. The effects of climate change are far-reaching and slow to grasp. One of these includes Ocean Warming. Scientists have now found a new way to measure ocean warming through soundwaves. This can also help them monitor climate change as a whole.

Due to the excess emission of greenhouse gases, the temperature of the Earth has been rising, leading to an event commonly referred to as global warming. Oceans are absorbing vast amounts of this heat. In order to determine this change in temperature, scientists are using a device called Argo Floats, which is a global fleet of 4,000 devices. This collects data from ocean’s upper 2,000 meters. This data collection isn’t sufficient because it is scanty in some regions, including deeper levels of the ocean and areas under sea ice.

To combat this limitation, Wenbo Wu, a seismologist at Caltech, and colleagues are finding hopes in a decades-old idea. The speed of sound underwater can be used to estimate the temperature of the ocean. In a new study, Wu’s team developed and tested a way to determine ocean warming across the East Indian Ocean from 2005 to 2016 using earthquake-generated sound waves.

When this data was compared with that of agro floats, they realized that the new information matches well. The research report published in Science on September 18th 2020, suggests that this technique, called seismic ocean thermometry holds promise to track the impact of climate change by measuring ocean warming of less studied ocean regions.

Sound waves are carried across the water through the vibration of water molecules. At higher temperatures, these molecules vibrate more easily. Thus, soundwaves travel faster when the ocean is warmer. Since these are very small, in order to be measurable, researchers need to track the waves over very long distances.

According to Wu, sound waves can travel a long distance in the ocean, because of a phenomenon known as SOFAR Channel. It is short for Sound Fixing and Ranging. It is formed by different salinity and temperature layers within the water. SOFAR Channel is a horizontal layer that guides sound waves in a way similar to that of optical fibres in guiding light waves. In an article published by Science News, it was stated that even though sound waves bounce back and forth against the upper and lower boundaries of the channel, they continue on their way unaltered.

In 1979, physical oceanographers Walter Munk and Carl Wunsch came up with a plan to use this property of the ocean to measure ocean warming. This technique is known as Ocean Acoustic Tomography. They transmitted sound signals through the SOFAR Channel and then measured the time it took for the waves to travel 10,000 km. Thus, they hoped to compile a list of global ocean temperatures. However, this experiment was halted when environmental groups intervened citing the reason that these human-made signals could adversely affect marine animals.

40 years later, seismologist Emile Okal of Northwestern University in Evanston, who was not involved in the new study stated that the Ocean was a very noisy place. According to Emile, the artificial sound waves would have been faint in comparison to the sounds the ocean makes.

Still, Wu and colleagues have found a way to prevent any environmental damage. They have decided to use earthquakes, rather than human-made signals. When an undersea earthquake rumbles, it releases energy as seismic waves called P waves and S waves. These vibrate through the seafloor. Some of this energy enters the water. When this happens, the seismic waves slow down and become T waves. These T waves can travel along the SOFAR Channel.

To determine ocean warming, their team has identified earthquakes that originate from the same location but at different times. These are referred to as ‘repeaters’ by them. The East Indian Ocean is very seismically active and they identified over 2,000 repeaters from 2005 to 2016. They then measured the difference between the time the sound waves took to travel across the East Indian Ocean (approximately 3,000km).

The study revealed slight warming of the ocean, 0.044 degrees Celsius per decade. This trend is quite similar to the real-time temperature collected by Argo Floats. Moving forward, the team is planning to conduct the same test with a greater distance. This will help them prove that the new test works.