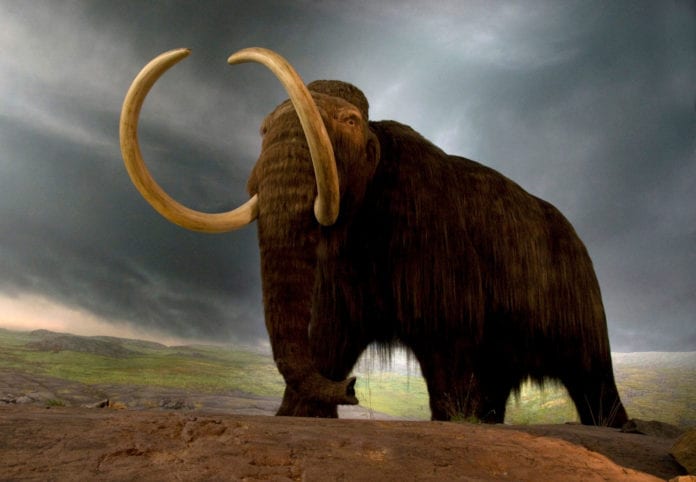 Out of the countless extinct animals that have captured the imagination of the general public, Mammoths probably rank very high on the list. These giant woolly elephants with big tusks are extinct now. Thought to have roamed the Earth during the last ice age, there is a huge overlap between the era of mammoths and humans.

We shared the planet for quite a long while, and this has spurred several curious researchers to figure out what the creatures behaved like. If we can get reliable information on the daily habits and the general behaviour of these prehistoric animals, we could also deduce a lot about other animals of that era as well.

In a big achievement for the researchers, a huge ‘graveyard’ of about 60 mammoths has been found just outside Mexico City. The place was found ahead of the construction of an airport at the same location.

The National Institute of Anthropology and History in Mexico has confirmed the news. The graveyard, however, was not the exclusive deathbed of mammoths, researchers have also found remains of about 15 different humans, who were buried there during the pre-Hispanic times. Without a doubt, these discoveries provide a new window into the past of the region.

The discovery could potentially lead to an opportunity to learn more about a historical span of 30,000 years. The area where the remains have been uncovered was under use by the Mexican Air Force. Located about 73 Kilometres north of Mexico City, the area was selected for the construction of the new General Felipe Angeles International airport.

It was only after the construction processes had started that the researchers were able to uncover the remains. The researchers recovered remains of male, female and young mammoths from three different locations within the airport’s vicinity.

The area was apparently at the shores of a huge lake; researchers suspect that the mammoths got stuck in the mud there and met their end at the hands of human hunters who took advantage of the situation.

The mammoths are thought to belong to the species of Mammuthus Columbi. This particular species of mammoths roamed all of North America. These were not the woolly kind of mammoths that come to mind when people think of the term mammoths. Their woolly cousins used to live much farther north, and hope of finding their remains so far from the tundra is next to nothing.

The buried humans were probably farmers, and the researchers came to this conclusion after looking at the things that they were buried with, which included pots, bowls, and clay figurines. The farmers probably lived between 750-950 A.D., which was indicated by the kind of pottery they had with them.

There are several things that we still do not know about this graveyard and its occupants, and this will probably lead to a better understanding of what our ancestors’ lifestyle was like and how these animals lived in their natural environments. For the time being, the researchers will have their hands full with uncovering these facts.