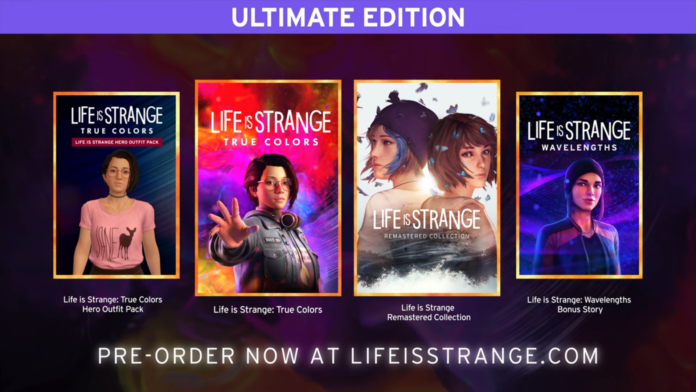 After initially being announced in March, Life is Strange True Colors got its game mechanics displayed at the Square Enix E3 showcase. Alongside it was the In-game footage of the Life is Strange Remastered collection.

A true face-lift of the original, Life is Strange Remastered hopes to give new life to the fan-favorite and critically acclaimed Life is Strange, released in 2015. The series has proven to have remarkable staying power with its sequels also doing very well.

One thing that was criticized about the game when it was originally released in 2015 was its lack of facial graphics, where lips weren’t properly synced with the dialogue. In a game as narrative-driven as Life is Strange, anything that takes a player out of the moment is a huge flaw, and Life is Strange remastered aims to fix that.

The character models look cleaner, and lighting is different, and finally, the lips move in accordance with the dialogue. Hallelujah!

The Remastered Collection is also coming with Life is Strange- Before the Storm remastered, with the prequel to the original game also receiving the same treatment as the original.

Like Max’s time travel, and Daniel’s Telekinesis, Alex’s Empathy also plays a huge role in the story and gameplay of Life is Strange True Colors. She can sense other people’s emotions through the aura they are giving out, which gives her insight into how they are feeling and how to deal with them.

She can separate truths from lies and can see through any facade people put up in front of her. She has truly despised this power since her childhood that she spent living in Foster homes, with her brother.

After her brother dies in the town he invited her to stay in, Alex finally realizes that her power is something she can use to uncover the secrets behind his death.

Life is Strange True Colors and Remastered are available to release for PC, Xbox One, Xbox Series S/X, PlayStation 4, PlayStation 5, and Google Stadia.

To know all the other games showcased at Square Enix E3, check out our coverage!