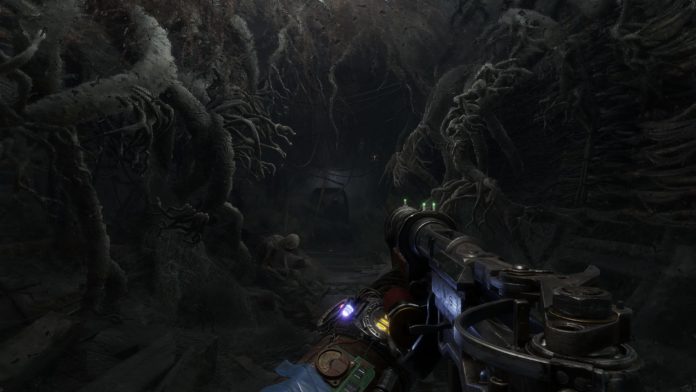 Developer 4A Games has rolled out its first major update for its latest release, Metro Exodus, which includes a New Game+ mode, improved support for RTX and DLSS, a full localization, and a host of other improvements and fixes across the board.

The update will set back your data by 6GB and is available to download now.

Below are the headlines for the update:

On completion of the campaign, you can now re-play in New Game+ mode, granting access to all weapons and attachments unlocked through prior play-throughs.

New Game + also allows you to adjust a range of variables to create your own personal and uniquely challenging and comes with new Achievements / Trophies. More details below…

Available through New Game +, enabling Developer Commentary allows you to find special tape players on which members of the 4A Games team discuss some of the design choices that went into making Metro Exodus in that area.

A raft of improvements across the board that improve the overall gameplay experience based on bugs reported, desired polish, and direct feedback/feature requests from the community, including things like a Volume Slider specifically for VO, and more.

We’ve fixed numerous crashes – some from your descriptions, and some from the crash and uniquely you have submitted to us.  We’ve only listed a few below, but you should expect a big improvement to stability in this update. Thank you for continuing to help us out!

We’re proud to offer Metro Exodus fully attachments unlocked for Ukraine, the country where 4A Games was born.

For a more comprehensive list of changes included in the Metro Exodus update, check out the full patch notes for the PC and Console versions.