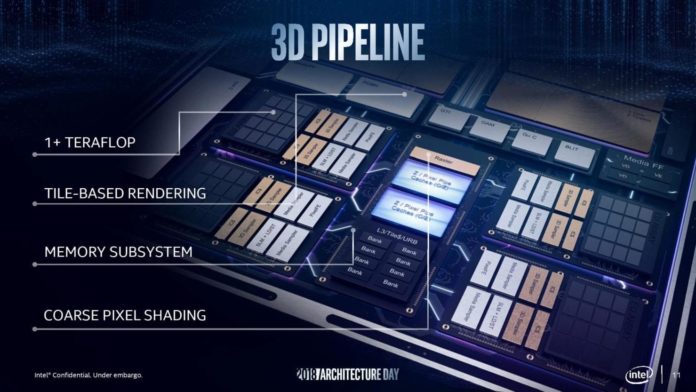 Phoronix has been keeping a close eye on the Open-Source GPU drivers for Linux, which mainly include the OpenGL and Khronos Group’s new Vulkan API. In the upcoming Linux 5.2 kernel cycle, the “i915” Intel DRM kernel driver doesn’t mention the Icelake/Gen11 graphics as “experimental”, in addition, their user-space drivers are prepped for deployment with the same. The newest Vulkan driver now also considers Intel’s Gen11 graphics as feature complete, and ready to roll.

Intel is expected to pair the Gen11 iGPU with both the 10nm Icelake CPUs (mobile and desktop) as well as the Lakefield SoC that is based on Intel’s Forveros 3D die stacking technology. The drivers leaked a while back include 13 Gen 11 iGPUs, some of them being:

The Iris line continues to be Intel’s top-end part even with Gen11 (or Icelake). The Iris Plus 950 is at the top of the rug with 64EUs and comparatively higher clocks. The Iris 940 and 930 are the other two variants. These two chips will potentially feature lower clocks and a reduced EU count.

As for benchmarks, we have a few to go by, plus the Ashes of the Singularity result that surfaced a while back. These tests put Intel’s Gen11 graphics on par with AMD’s Vega Radeon Vega 11 GPU and most entry-level offerings such as NVIDIA’s GeForce MX150 and maybe even MX250.

Intel is expected to reveal the 10nm Icelake mobile chips later this year, with the desktop parts probably following in late 2020 or early 2021.