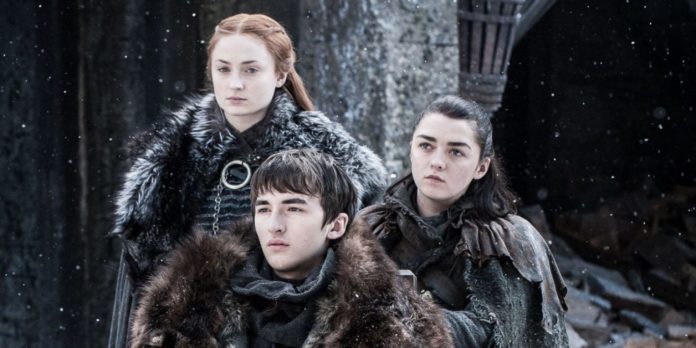 Another day, another Game of Thrones leak. For a show having as massive a production value, one would think that the executives had more secrecy around the sets so as to not slip out anything valuable. Having said that, it’s hard to keep things under wraps when you’re dealing with a show as big as this. With so many leaks happening, we thought that this is a matter than need to be discussed, and solved, at the earliest if we are to get the best viewing experience.

This isn’t the first time it has happened though. Just last year, four episodes leaked thanks to copies which were deployed to the press for early screenings. And more recently, the 4th episode, titled “The Spoils of War” was leaked via Star India. It was evident as the Star logo was clearly visible on the leaked copy of the episode. Hackers were quick to put it up on file-sharing websites for the whole world to see (or at least the ones who would want to, & that number’s large). HBO’s subtle response to this was to not hand out press screening copies at all for the next season, which although being somewhat bold, hasn’t really helped the case as is evident.

Now, coming to the recent fiasco, yesterday the sixth episode of the current season, “Death Is the Enemy”, was unintentionally (?) aired by a subsidiary of HBO itself ! HBO Spain aired the whole episode, with internet pirates soon catching up. As of this writing, it can be said with certainty that the episode has leaked in it’s entirety as judged by the reactions the event has gotten on twitter. And it’s not just the episodes which get leaked from time to time. There was also talk of script outlines getting leaked a few months back, although the authenticity of the news is hard to confirm since not much talk about that has happened since.

Hot on the heels of the latest leak, we ask ourselves the question, does this impact the future of the show in any manner ?

Sure, one could argue that with the massive budget that the the series has (and continues to) operate on would help in taking care of the situation. More precautions need to be followed and so on. But when you’re dealing with potentially hundreds and thousands of people working in all sorts of fields, marketing not withstanding, some info is bound to leave the wall of secrecy that executives so dearly have constructed.

As media sharing on internet has boomed in the past decade, it’s become harder to track down a single culprit for a ‘breakout’ as large as this. While the nature of the geography of the show is such that set photos rarely get leaked, online forums such as reddit coupled with the massive fandom of  A Song of Ice And Fire really have fanned the flame of piracy, or at the very least invited discussions on the topic. With each new bit of information coming from the sets, people dive deep into analyzing that and holding various forms of discussions to predict the future of the show. And this is where the biggest enemy of the viewers come : Spoilers.

Ask any fan of Game of Thrones what they fear and the answer will be spoilers (at least for the majority of them). Here’s a secret : People like to be surprised, especially when it comes to their favorite shows/movies. Waiting for any product and after finally receiving it, getting even mildly surprised is an extremely joyous experience.

While it was a harder case back when the show was still following the books, since last season’s inception the playing field has been leveled in terms of who knows what. The viewers’ guesses are about as accurate as the readers’.

Coming to the problem that this situation creates for the makers, it’s a shame to see their hard work being presented in such a way. While the episodes may have leaked, bear in mind that they aren’t being presented to you in the way the makers envisioned it to be. The show is one of a kind when it comes to cinematic craftsmanship on television, having proven on more than one occasion how it has changed the industry as a whole. Surely something as massive as that doesn’t warrant such piracy.

HBO be like:
Hackers can't leak the episode if we leak it ourselves. ?#GameofThrones #GameOfThronesLeak pic.twitter.com/w0gefwi3ox

Going ahead, potential drops in viewership ratings are not that hard to predict. Even though the show is deep enough in it’s mythology that most people would care to come back for a second viewing, those who watched the episode prior to its original air date. However, its arguable that people who have pirated said episodes may not watch them again on TV. The end result : It hurts the producers. Being a premium cable service, HBO acts as a network which grants budgetary raises and restrictions according to the present ratings & viewership of the show. If that number falls, the channel will have to cut costs some way or another. And that is something that every fan will agree on for not wanting to happen.

Let’s just hope that leaks like these do not happen again in the future. The simplest way to do so is to not support piracy. Given that the show is now easily available to watch through services offered by HBO and its partners, it’s high time that we as viewers and fans support the makers for giving us one of television’s best outings by doing these little things. Winter is here, but that doesn’t mean we cannot enjoy it in all it’s glory.

Game of Thrones airs every Sunday on HBO.

Indian viewers can catch the show on Hotstar Premium service.