Netflix, the word that comes to everyone’s mind when we think about movies and shows. It has changed the dynamics of television and series over the years, and continues to do so. Unfortunately, earlier this week Disney has decided to start its own streaming service and end it’s distribution deal with Netflix.

Disney is a multi billion-dollar company, and has been around for almost a century. I think it’s safe to say that we’ve all grown up watching various Disney shows and movies, and the fact that they’re pulling out from Netflix might come as a shock to a lot of people. According to some sources, Disney will be releasing their streaming service by 2019. 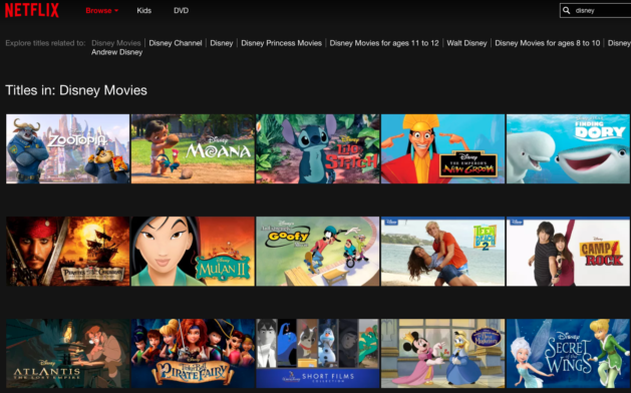 There was a lot of upheaval by audience when this news came, because not many want to invest their money in yet another streaming service. The only question that remains is, was this split really that bad?

As per the deal, everything will be the same till 2018, moreover all Disney content till 2018, will be available on Netflix. This was a relief because not only does it include the MCU offerings such as Spider-Man: Homecoming, Guardians of the Galaxy etc, it also includes the Disney releases that will be scheduled for next year (read: Avengers: Infinity War). Star Wars will also remain on Netflix as will every other release till 2019. Pixar however could take a hit, being a subsidiary to the parent company that is Disney.

The best part still remains that this parting will not affect the Marvel-Netflix productions in any way. The Disney Theatrical Deal and Marvel remain two separate entities. This is really good news for Netflix since Marvel has played a major role in their success. Let’s hope that no movie release dates in 2018 get pushed back !

Rummy is one of the most played and most loved card games in India. The popularity of the game has led to many online...

Search Engine Optimization, or SEO, is something every aspiring writer and publisher should be aware of. Here's a handy SEO guide to help you get started!