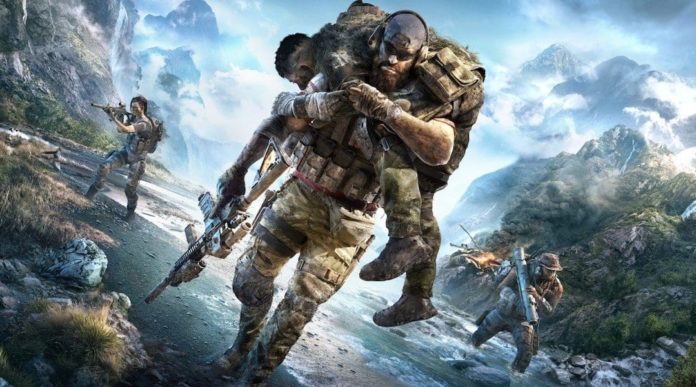 Ghost Recon Breakpoint is the upcoming follow up to 2017’s Ghost Recon Wildlands which mostly positive reviews on Steam and did quite well in terms of revenue for Ubisoft. The trailer for Breakpoint was recently released and there are a few things about the game that got me intrigued, having played Wildlands for about 100 hours and recently completing the campaign:

The official gameplay walkthrough was 13 minutes of pure joy, visually. The environment looked beautiful, the forest, the rain, the character detail everything looked stunning! Not to say that Wildlands looked bad, it was an amazing looking game for its time and I feel it still holds up. But, seems Ubisoft has spent quite some time perfecting the visuals and overall appeal. Plus, the camera seemed a little more up-close as compared to Wildlands which makes you feel even more connected to the character.

Breakpoint introduces several new mechanics and some of them were shown off in the trailer. There’s a major focus on survival this time around. They added a stamina meter for a more realistic feel so no more endless sprinting. The “Ghost Lead” in the trailer takes quite a lot of damage so he uses bandages and takes what was presumably a health syringe, which is also new. Then there was “prone camo” where he snuggles into the muddy ground and sort of camouflages to hide from the soldiers searching for him. Plus, the sequence where one of the “Ghosts” gets into a fist fight which again presumably would be quick time events in the actual game, is also new. It’s safe to say that there are gonna be a lot of exciting mechanics to play around with.

This is where things get really subjective. I liked the “Ghost gone rogue” plot that they showed in the trailer and I also liked the overarching “bad guy who’s also a good guy” proposition in Wildlands. So, I’m looking forward to the story behind the Ghosts of Breakpoint, especially because they introduced the main antagonist in a free update for Wildlands on May 2nd and who doesn’t like free stuff?

Another interesting prospect with the upcoming game is that Ubisoft is showing the finger to Steam this time and heading to the Epic Store and its own Uplay store. This might allow the game to be priced a little lower than Steam games, which is again good news for gamers. If you can’t get it for free, get it for cheap… is what I always say.

Ghost Recon Breakpoint will be releasing on October 4th and we can expect to see some more footage. So, would you buy the game? Would you pre-order? Or would you just skip it? Let us know in the comments down below.