Games You Should Play: What Remains of Edith Finch

In this series, the tall and charming connoisseur of gaming points out that you are living a life devoid of meaning and tells you how you can rectify that by spending some quality time with that console/PC that has been by your side all the while. 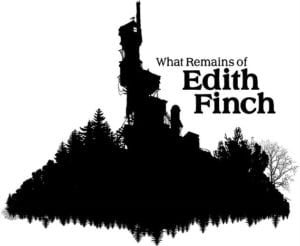 What remains of Edith Finch is the second game from Giant Sparrow, the developers behind the creative and unique creative PlayStation exclusive, The Unfinished Swan, and was published by the newly formed Annapurna Interactive after Sony Interactive Entertainment handed it over to them. While The Unfinished Swan was an awfully unique and more experimental kind of game, one which I loved playing by the way, it’s not a game I would recommend to everybody. With What remains of Edith Finch, Giant Sparrow has gone a more familiar route by creating an immensely well polished walking sim. That is by no means an implication that they have forgotten the creativity that has gotten them this popular in the first place (that too after just one game) . While on the one hand they have gone crazier in the storytelling and gameplay departments, they have also managed to package it in such a way that none of the weird and unique gameplay piece feels out of place and the game as a whole is a lot more enjoyable.

What Remains of Edith Finch has to be the best ‘walking-simulator’ I have played so far. What makes this better is the fact that the game breaks up the regular routine of walking around with engaging sections where you actively participate in the the game by playing out the last memories of the members of the Finch family. Each of these memories have a unique gameplay mechanic all of which are quite fun and engaging. And fun is the right word here. Most other walking simulators like The vanishing of Ethan Carter or Firewatch let you enjoy the game mostly through the exploration of the world. This is what defines and created the genre after all, but this is also the reason these games get a lot of ridicule from some gamers who feel there isn’t enough ‘game’ in those games and why people still refer to the genre as walking simulators. What Remains of Edith Finch manages to use the essence of what makes walking sims tick but also combines it with unique and engaging gameplay to create a masterpiece that is remarkably focused, polished and fun. 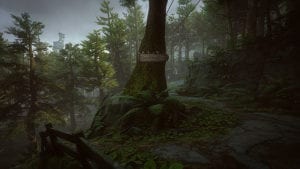 The premise is simple enough, you are Edith Finch a 17 year old girl who returns to her family’s home somewhere by the sea in Washington state, USA to learn about her family and the family’s curse which has cut short the lives of many a Finch. Despite having lived in the house for so long, the are many rooms in the house that Edith has never visited and we go on a journey with Edith to figure out about each of her family members and their tragic ends. What follows is an an exploration of the Finch family’s house and a series short stories about each family member told through the form of fun minigames. These minigames are the reward for the exploration and What Remains of Edith Finch hooks you by building genuine excitement and anticipation for what crazy minigame/story you will get to experience next. 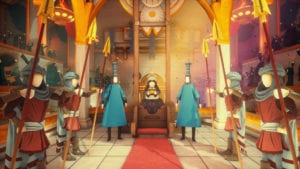 The use of narration and the text that looks like it was written in a journal along with the subtly surreal visuals and sounds immerses you more than most books, games or movies could on their own. This combination helps make the story which is quite fantastical in truth feel very real.

Unlike many walking sims where you spend countless minutes just traversing the world, What remains of Edith Finch has nailed the pacing of the game by letting you explore the world and learn the stories on your own from the richly detailed world and breaking up these sections at the perfect time with the brilliantly designed stories of the family members. There’s never a time you’ll feel bored or wish you were doing something else in the game as you are constantly discovering new things and learning about the Finch Family and their home.

More than anything else, the Finch Family’s Home maybe the most interesting character in the game. Frankly, the level of detail crammed into this one house is a lot more than many games manage to pack into entire open worlds. Each of the rooms is filled with books, paintings, clothes, you name it , letting you learn a surprising amount about the people who lived in them. Admittedly it’s probably a little unrealistic the amount you can learn by just looking around the rooms, even more so, that the excellent gone home. But it pairs with the ‘bedtime story’-like tone of the game excellently. 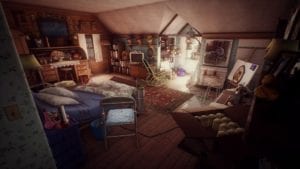 The one thing I should probably let you know by now is that the game is only 2 hours long. While some logical people might look at that and go “.. nope, that’s $10 an hour” I’d argue against them and tell you that it is a game that respects your time. While it’s only two hours long, very few games can get you invested in and enjoying the story in such a short amount of time and make the whole experience extremely rewarding.

Go now and enjoy this masterpiece.

Rummy is one of the most played and most loved card games in India. The popularity of the game has led to many online...

Search Engine Optimization, or SEO, is something every aspiring writer and publisher should be aware of. Here's a handy SEO guide to help you get started!