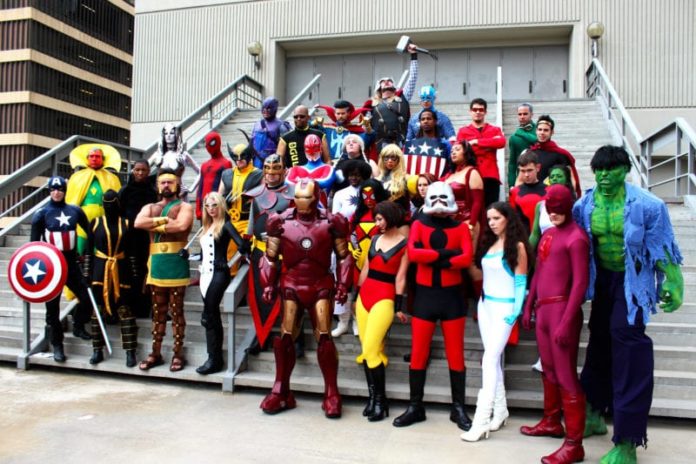 Comic books, Movies and TV shows. All of these come under one roof (figuratively speaking) when it comes to Comic Con. While not as grand as it’s big brother in San Diego, Comic Con India surely is ambitious. The comic convention is a one stop destination celebrating all things related to comic books and it’s subsequent by-products such as films and TV shows inspired by it.

This year, the 7th edition of the Delhi Comic Con took place at NSIC grounds, Okhla, New Delhi from 15-17th December. Having a unquenchable thirst for any and all things related to film, TV & comics I found myself at the venue on the opening day. But first, a refresher course.

What exactly is Comic Con ?

Well as the name suggests, it’s a comic-based convention. It’s main focus is based on the various comic books that have been published throughout the years and the great things that come out of the comic book culture, such as cosplay. The comic book culture around the world is quite vast, and has recently seen a surge in popularity in India. While we for years have cherished some well known comics such as Tintin and Archies’, what we have lacked (or rather, ignored) is the emergence of new, independent comic publishers and their respective titles. Comic con is the perfect place for these artists to showcase their talent.

What does it have to offer to me ?

If you are a fan of comics books, anime, manga, films and TV shows, then comic con is the place to be for you. You’ll find tons of other people well versed in their knowledge of their (and maybe yours too) favorite properties. You can find stalls selling all the geeky stuff you ever wanted, but stopped from buying because you couldn’t justify whether anyone else got them. At comic con, no one judges the other for their taste in art like this. You can find just about anything you’ve wanted related to your fandom, starting from posters to coffee mugs to something as minute as key-chains.

You can also find a large quantity of clothing apparel, be it that Harry Potter scarf or that stormtrooper helmet. From here, you can start collecting these small parts for your own inevitable cosplay (inevitable because duh, it’s comic con) ! Which brings us to the best part of these conventions :

While the narrow-minded may call it “fancy dress for adults”, cosplay is much more than that. It is a celebration of pop culture and all the things we love in it. If you see a person dressed up as a stormtrooper, you know that that person is dedicated to Star Wars. Same goes for any other property. Plus, it’s always fun to click a photo with these people since the chances of meeting the real deal is generally pretty low.

Gone are the days when you had to swim through thousands of websites to buy that one costume that your favorite film character wore. While many websites offer to sell geeky stuff like coffee mugs, posters toys and T-shirts, the quality of most of those are questionable. Add to it the shipping woes and you might be left wondering why you searched so hard in the first place.

But not at Comic Con ! The convention also houses stalls selling your favorite robes, lightsabers or action figurines. Make sure you’ve saved up some money though. Legend has it that one can lose all their savings within the hour if not careful enough !

Comic Con is well renowned for bring together various artists for them to share their creative work. Be it the writers of your favorite comics to international celebrities, Comic Con invites all people to take part of a collective experience to provide tons of entertainment.

Also joining were certain well known stand up comedians of the country such as Abish Mathew, Sahil Shah and Azeem Banatwalla and Naveen Richards.

Fan of eSports (Counter-Strike in particular) ? This year’s Comic Con hosted official ESL match-making games, with professional teams from the country coming in to battle head to head. If you didn’t catch them in action, you certainly would have joined in for a fun test-run on the high end machines powered by HyperX and Zowie.

Various other companies had their own special gaming/entertainment zones set up such as the Transformers Zone (courtesy of Hasbro), Maruti Suzuki zone (courtesy of Mountain Dew), Star Wars: The Last Jedi zone, Marvel’s Black Panther zone, AXN zone and even an Amazon Prime Video Experience zone. Even OnePlus joined in to sponsor the Star Wars edition of the OnePlus 5T !

While this year’s event came and went like lightening, be sure to check it out next year, starting with the main event at San Diego and its subsequent follow ups.