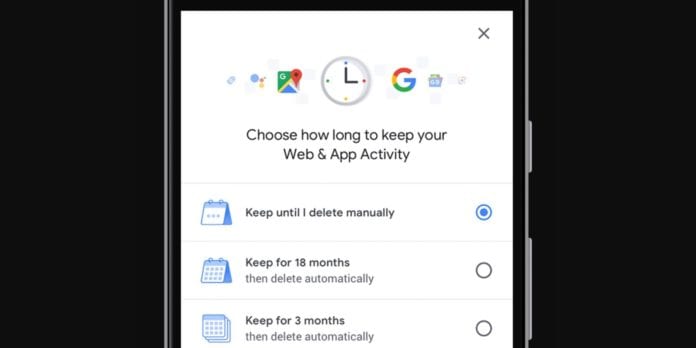 There is a new Google privacy feature that will change the way it handles data of users. As we all know, Google has been known to store data about users too. Sundar Pichai has announced certain changes and has stressed how the company is committed to ensuring the privacy and security of users.

“As we design our products, we focus on three important principles: keeping your information safe, treating it responsibly, and putting you in control,” Pichai wrote. “Today, we are announcing privacy improvements to help do that.” The change in the Google privacy feature is that the data collected by Google about a user’s location, web browsing activity and YouTube history will disappear on its own after 18 months for a new user.

Google stores the data in a section called ‘My Activity’. On this page, a user can see what data has been collected by the search engine. ‘My Activity’ section also has an option which allows users to delete specific items off the list.

Google has a reputation to collect information for a long time now. This particular feature has led to disapproval and dissatisfaction among many users. The previous year, however, Google came out with a feature that enables Google to automatically delete these retained data points after three or eighteen months, it depends on the setting one chooses. So, the change right now happens to be made default for the new users of Google.

How does this setting work?

There is an option which users could enable when the user does not want Google to collect much data, one can delete the data history after three months. This option has not been set as default by Google. Apart from the Location History and YouTube History, there’s little to no way to let Google know that one does not want their data to be collected at all.

There is always a concern that if the default settings for Google privacy are not secured or protective enough, chances are that many users will not get the benefits of these controls as updated by Google.

It is a sceptical situation still because it will still need users to check the settings and enable this option by themselves. Google said the default setting will be applicable to new accounts because Google didn’t wish to delete the data of existing users without acquiring their permission.