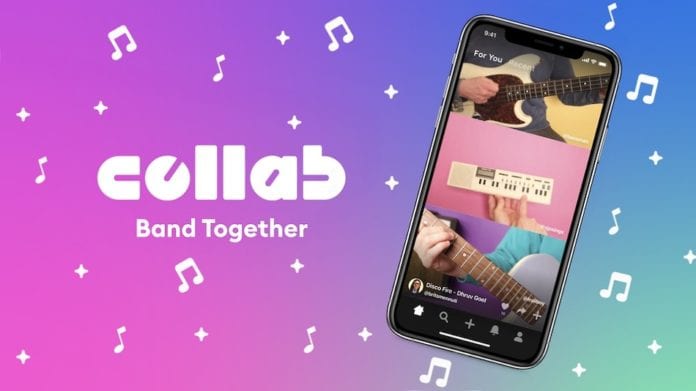 After the sad demise of our beloved short video platform TikTok, a bunch of other platforms have popped up over the last few months, and Facebook’s Collab is the newest.

Facebook Collab, which is an experimental music-making app that went into closed beta testing this year in May, is one of the company’s many experimental projects, under Facebook’s New Product Experimentation (NPE) team that influences Facebook’s next steps. Now Collab is out of beta testing and is now available to iOS users in the United States, through the App Store.

The new app lets you create TikTok-like short music videos of 15 seconds but it’s a little bit different than your typical TikTok video, unlike TikTok, Collabs are three independent videos that play in sync, which can be created in collaboration with other users across the app.

It’s not as complicated as it sounds. For creating a collab you just need to swipe on any row to bring in a new video clip that goes with your composition, and that’s not it, you can even start a new collab or record your own contribution to any song.

“With Collab, you feel like you’re jamming with the band from the comfort of your bedroom. The most important factor: no musical experience is required — if you can swipe, you can create a collab,” the NPE team said in a blog post.

This is not the first time that Facebook is going head to head against TikTok. Earlier, this year Facebook-owned Instagram launched Reels, which was Instagram’s take on TikTok. We also saw Lasso, which allowed users to create short lip-syncing videos similar to TikTok.

Time will tell how Facebook’s latest venture into the micro-video space pans out. But if the past is any indication, it may not live that long.