Christopher Nolan is a director who has contributed more than his fair share to the film industry. While many of us know him as the visionary behind the immensely successful ‘Dark Knight’ trilogy, it is also worth noting that he has crafted some fine examples of film-making in Memento, Inception and most recently Interstellar. And now, Dunkirk.

Dunkirk tells the real-life survival story of the Dunkirk evacuation, where thousands of Allied troops had to be rescued from when German soldiers surrounded them at the beaches of Dunkirk, north of France. The film is a first for Nolan to be based on actual historical events and not an adaptation. Hailed as ‘the event that shaped the world’ by the film-makers, its significance in the second world war is astounding.

The story is told from three perspectives: The land, the sea, and the air. As the opening titles indicate, all three of these cover different periods of time. A week goes on ‘the land’, a day on ‘the sea’ and an hour on ‘the air’. As is typical for a Christopher Nolan film, the plot unfolds in a non-linear way, which gives a very different feel in contrast to conventional war film. Speaking of which, this is perhaps the most unconventional of war movies ever made. While there are certain (positive) shades of Pear Harbour & Saving Private Ryan present, this is completely a film made by Nolan and his team who are at the top of their game.

Now that it’s been stated that the film has a slightly different take on war, with one of the most discussed aspects being its PG-13 rating instead of a more suitable R-rating for a story like this, it can be assumed that a large portion of the film going audience is going to get confused. Some might even go so far as to share their own opinions in a negative light, which I’m completely fine with. People are entitled to their opinions alright. But in order to fully grasp the style this film goes in, one must have some knowledge of the workings of a Nolan script. 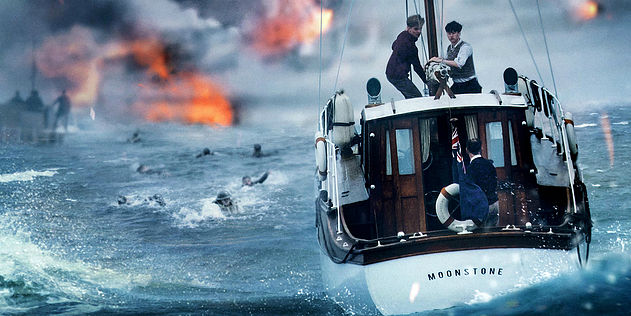 As I mentioned earlier, it is a survival story. Naturally one can expect the film to transport them into an era-authentic world inside the film. As such, one must shed some of their beliefs of what the atmosphere of a war situation as grave as this must be like. People are not going to sit around with their comrades to take a break from all the killing and bombarding around them to tell their life stories. There is a surreal sense of urgency throughout the 106 minutes of run time that the film delivers. While we don’t get much verbal information on the various characters that the film follows, it is their actions which should mean much more. 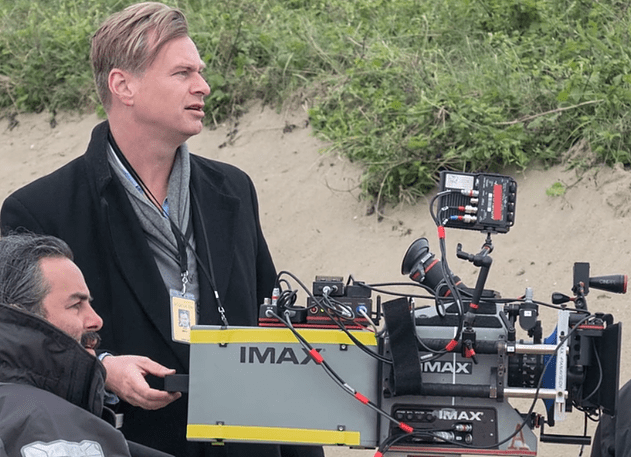 Being the first film based on historical events by Nolan, he quickly makes it his own to present it in his signature style of non-linearity. Sequences take place out of order, and it is up to the viewer to decide for themselves on how the story unfolds. While many viewers may disregard this as a ‘gimmick’ and they might not be far from the truth, the startling thing here is that it works in bringing a sense of urgency. Hints are scattered throughout the film as cues to the viewers to connect the dots, and for any fan of Nolan’s filmography, it may come off as a simple task to increase engagement with the audience.

Now, coming to the protagonist(s), for a film with minimal dialogue how do you put the audience in the mind of a character when the character barely says anything? It’s simple, you follow one of the key elements of filmmaking to heart: Show, don’t tell. We follow Tommy (played by Fionn Whitehead) as the protagonist during the scenes set on land. While he doesn’t say much (if I recall correctly, he probably has the lowest amount of dialogue in the film, less than 10 !), we sure get to see all the hardships he and his comrades face on the wretched beach. Starting the film off with a bang, we follow Tommy as he navigates through the hell that is the Dunkirk beach, wrought with timely bomb drops and piled up bodies of the dead in the sea. Surprisingly (or maybe not), the soldiers on the beach have been conditioned to this sort of living when we meet them, so much so that it is a horror to think about how they may never come back to a normal state of mind when they get home. While many fans voiced their concerns over the casting of Harry Styles in a war movie, it’s safe to say that he blends in well with the rest of cast. Sure, it’s not like a case of Heath Ledger where he surprised the whole world with his breathtaking performance, but it works. 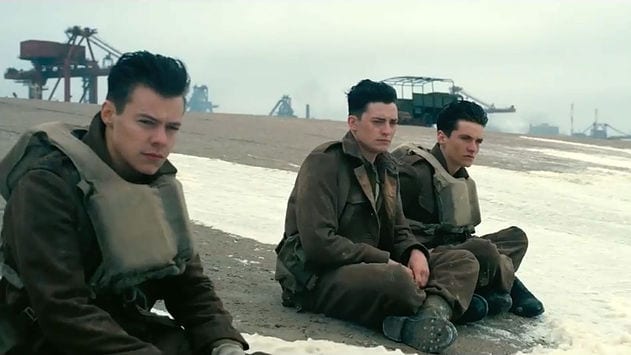 Next to them, Tom Hardy plays a fighter pilot who has been sent along with others to provide aerial support to the British soldiers. Being his second collaboration with Christopher Nolan (after portraying Bane in The Dark Knight Rises), he can be seen comfortably being directed by Nolan in a claustrophobic environment that is the cockpit of his Spitfire plane. This coupled with the extensive use of the IMAX format really puts you in his shoes as we see him struggle to line up his shots, reserve fuel and provide support to his fellow teammates. Lastly, I’d like to mention Mark Rylance, who portrays Mr. Dawson, a man who makes up his mind to help the people at Dunkirk against the wishes of the authorities. His character really is the personification of what thousands of civilians were thinking when they made the call to cross the sea and help their armies. 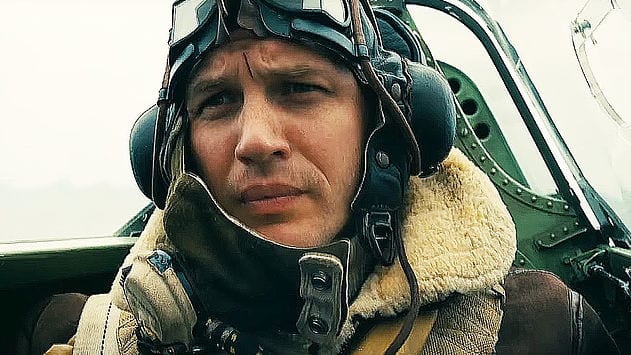 Cillian Murphy also makes a return in a Nolan film after playing a significant role in the Dark Knight trilogy. Playing the role of a commander who’s in a state of shock for the majority of the film, we see the real repercussions that war can have on a person’s mental health. When told by Mr. Dawson that they are going to help the soldiers, he completely flips out on the absurdity of the idea. He is also one of the cues that are mentioned above through which the audience can piece together the narrative flow of the movie.

Coming to the real meat of the film, that is the spectacle that the film is based on and around, it can be said that visually, this might be Nolan’s best work so far. A good chunk of that praise also goes to cinematographer Hoyte van Hoytema, who has previously worked with Nolan on Interstellar. At the very least, the film looksbeautiful. Part of that is also the fact that they used a majority of practical effects during production to get as much in-camera action as they can, including employing thousands of extras for use in backgrounds, shooting in tough conditions, getting real Spitfire aircraft to fly above the sets among many other technical feats. If there ever was a problem in the Dark Knight trilogy, it was that the action was handled rather poorly. Extreme close up shots and shaky cam don’t always translate action to screen so well. Suffice it to say, Nolan has learned from his mistakes. While the action in this film is very much in contrast with The Dark Knight’s escapades, it’s actually observable. Add to that an excellent score by Hans Zimmer, and you have some of the most well-crafted scenes in a war film. 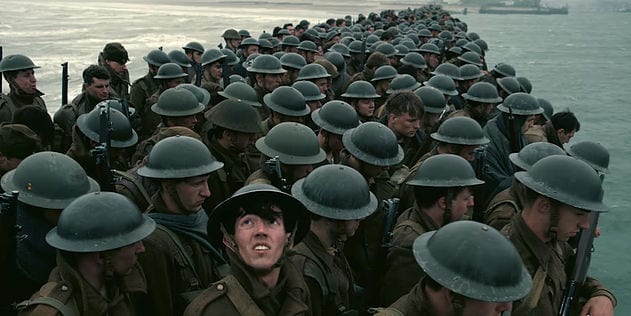 While I agree that many viewers would ask for better character development, or rather, complete characters (myself included) the fact is this film shows us the very real nature of war, where humanity is sacrificed for the simple act of survival. Dunkirk shows us the other side of the situation where the predator becomes the prey. Not to dismiss other war movies, but it stands true that Dunkirk presents the war in a different manner, one exclusive to the way Christopher Nolan handles. Every ‘fault’ that Dunkirk has, it’s intentional, which makes it all the more harder to critique it. With such genre fatigue now plague Hollywood (more on this here), it’s freshening to see directors still taking risks in telling unique stories.

27 Seconds Of Elden Ring Gameplay Footage Has Been Leaked

New Gameplay footage of around 27 Seconds for the upcoming game from From Software, Elden Ring, has been leaked, and it does showcase a...

The W22 5G is a custom, China-spec variant of the Galazy Z fold3 5G with minor changes.