Scientific Divinity – An Indication Of The Extraterrestrial?

The Fermi Paradox is a theory that proposes the apparent contradiction between the high probability of the existence of extraterrestrial civilizations and the lack of contact with such civilizations. While the existence of stars of gargantuan expanse have been scientifically verified, hypothetical theories revolving around the potential existence of extraterrestrial beings seem highly plausible taking the cosmic conditions of the earth and its beings into consideration. Needless to say, this thought process is as endless as the universe itself. Discussions regarding extraterrestrials have riddled the minds of human beings over centuries with no concrete explanations. Science seems to have created a straightforward perspective on all existence however, if one chooses to go beyond the convenient boundaries set by the mind, we come to understand that there is a mind blowing simplicity behind the seemingly complex facade.

​​There are two outlooks which arrive at a conclusive theory verifying the existence of such beings-Philosophical and historical evidence. However, trying to eliminate the complexity for the time being, I’d like to explore my thoughts on this intriguing mystery as a person with a brief knowledge on science but a keen eye for the proceedings of the universe. We have been programmed by ourselves to believe that we are the most superior beings in existence. It is common knowledge that there are beings of an exponential magnitude that fall in the lower ranks of the hierarchy. We don’t broaden our spectrum to consider the possibility that we might be occupying one of the higher, but certainly not the highest rank in the hierarchy. However, this is a scientific perspective. Surprisingly, we do consider a spiritual theory that indicates a higher existence-God.

Not being an atheist myself, I believe there is a more logical explanation to god than a completely spiritual one. Historical texts across all religions and beliefs have remained consistent with their description of the Divine. There are various aspects to these texts that point out to a more realistic and logical intention than a purely imaginative one. However, the world’s perception of God at the time seemed to be more respectable than utter awe at the appearance of the “non-existent” as elaborated in the texts. People viewed the materialization of these beings possessing astonishing powers with a hint of normalcy to it. As explained in the texts, it was very common for divine beings to appear and grant boons to people. Now, they are mere stories that amuse people. However, can these be pushed away as mere imagination? When we pray to a higher power, we seem to gain peace and in cases of unwavering focus of your thoughts, it transpires into reality. Coming back to real world theories, a concept called “The Law Of Attraction” has been brought up by various spiritual forums. In simple terms, the law of attraction is the ability to harness our thoughts into reality as they believe in the principle- “The universe listens to us.” It is believed to be one of the fundamental laws of the universe and everyone is susceptible to it’s ways regardless of the nature of their existence. It is left to us to choose the nature of our thoughts as it works both ways. The principle is simple but the theory behind it is fairly complex.  How is it that our thoughts materialize into reality when broad-casted clearly? This seems all too familiar to the boon scenario. This indicates the possibility of the intervention of a higher power in our lives. This makes me question if we are still being helped by a higher force provided we are intellectually and spiritually competent enough to connect with them. 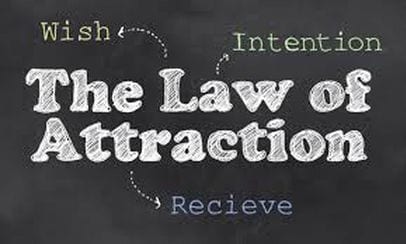 ​​While science thrives on logic, it has also proved the existence of the converse with its rational principles. The Tirumala Tirupathi Devasthanams present in the state of Andhra Pradesh is a holy destination which attracts millions of devotees from around the world. Their resolute faith in God and the consequent changes in their lives make the divine entity here the most beloved. It is of immense spiritual significance to people of the Hinduism faith. However, deviating from religious faith, science has made an astonishing revelation about this marvelous location. The Temple with the holy idol resides on the foot one of the seven hills that make up this range. The Geographical Survey Of India conducted a thorough analysis of the region surrounding the temple and its immediate environment. According to their findings, the region in which the temple lies dates back to 2100 million years old. This shows a significant deviation from the age of the Earth and its crust. Scientific propositions are unable to explain the formation of a terrain older than the planet itself. Thus this region has been named “The Eparchaean Unconfirmity”. The desert of Peru houses one of the most mystifying architectural marvels of the known world. These massive-scale geoglyphs are known as the Nazca Lines. The “lines” range from geometric patterns to “drawings” of different animals and stylized human-like forms. The inception of these patterns remain a mystery and rival the technological expertise of today by colossal proportions. The top of the missing portion of the Great Pyramid Of Giza was believed to have had a massive electromagnet of dimensions 2.7 meters which happen to be the value of the scientific constant ‘e’. Incidentally, the Konark Sun temple in India is said to have possessed an electromagnet of comparable dimensions in one of its collapsed structures. The temples of India are reputed for intricate carvings and advanced architectural skills beyond the likes of the present era. Clearly, the people of the lost ages were far more intellectually sound with impressive cognitive skills. The accuracy achieved with the scientific findings of the past coincide with the recorded and “discovered” data of the present. This indicates the intervention of a superior existence. 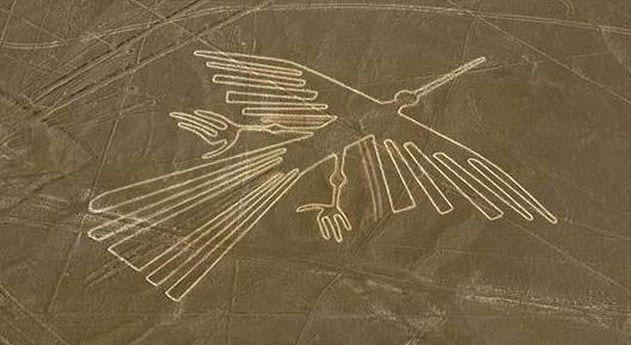 While these theories are just fragments of my thought process, I believe complex scientific theories are not necessarily the only means to arrive at a conclusion. The seemingly microscopic things in life point out to this larger possibility. The human mind has been confined to its materialistic limits but if allowed to expand, we might just cross the barriers of the universe. If the mind is capable of telepathy, foresight and events of deja-vu, we might just be able to connect to these beings. What we need to ask ourselves is what is more frightening- The potential possibility of the existence of these beings or we being alone in the universe?

After months of wait, Carl Pei's Nothing has finally unveiled its first product, and it's the much-awaited TWS earphones dubbed ear (1). The ear...

PUBG Might Be Going Free to Play on PC

A trusted source has leaked a new game plan by PUBG Corporation to increase the lifespan of the 4-Year-Old game. Fortnite, Apex Legends, CSGO,...

The NetherRealm Marvel Game Roster Might Have Already Been Leaked

The NetherRealm Marvel game hasn’t even properly been announced yet, and there are already some leaks about the roster and gameplay that it is...
Advertisment