Warner Bros. Entertainment has been, for lack of a better term, rushing to catch up with the rival studio (Marvel) in the superhero business for quite some time now. After the much acclaimed Dark Knight trilogy, their attempts at launching a shared universe have attained quite a lot of criticism from general moviegoers, and while the recent success of Wonder Woman may have shown some course correction, there’s still time for this budding new universe to win fans’ hearts over.

At the San Diego Comic Con panel by the studio yesterday, a lot of big announcements were made regarding the film slate. We have broken down the same below :

No other announcements were made regarding the already announced currently in-development films such as Cyborg, Gotham City Sirens , Man of Steel 2 & the Black Adam spin-off. It can be assumed that those films are already on their way to the big screen as they were planned to be. Also, there seems to be no news of the sequel to the upcoming Justice League, although at this point it’s almost sure to come. It’s just a question of timing as these announcements have taken center stage, especially the Flash movie. 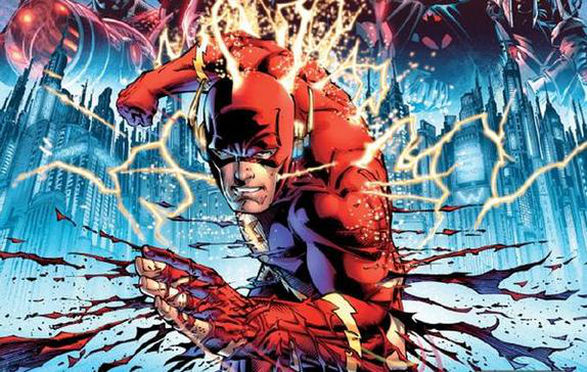 Clearly Flashpoint seems to be the most odd one out here. The DCEU is only 3 films in as of this writing, and this may be the studio’s way of retconning some interpretations of characters and events which have upset a majority of viewers. While no other casting announcements have been made, it’s been confirmed for long that Ezra Miller will be reprising his role as Barry Allen aka The Flash. It’s now clear to understand as to why the film has been undergoing a lot of changes, with multiple directors walking out and the script getting rewritten from scratch. Although no other details have been revealed, we’re almost sure to see Jeffrey Dean Morgan return as an alternate version of Thomas Wayne (as per the comic book  storyline the film is supposedly based on).

While the announcements of the sequels to Wonder Woman and Suicide Squad are no surprise given that both films did pretty good at the box office, it is surprising that no details were made regarding the reportedly in-development Man of Steel sequel. It could be that the studio is giving Superman a break or keeping things under wraps until he graces the big screen again in Justice League. After all, it is expected that when he returns, we will see a more comic-accurate version of the character, literally a rebirth of Superman as we know him in this cinematic universe.

DC Films chief Geoff Johns has said that he has started working on the script for Wonder Woman 2. It was also confirmed that Green Lantern Corps will feature both Hal Jordan and John Stewart.

Firing away all rumors and misconceptions surrounding the Batman side of things, Ben Affleck came up on stage to clarify that he will be returning as Bruce Wayne/Batman in any and all properties that are deemed fit by the studio. It was also confirmed that the official title of his Batman-centric solo films being as The Batman, with Matt Reeves being in the director’s chair.

Also revealed in the panel was some brand new footage from the upcoming Aquaman, as well as a new Justice League trailer. We will be covering both of those in a while.

Samsung’s One UI 4.0 Beta Based on Android 12 Coming to S21 Series in August

Samsung's One UI has been tipped for an update and will be called One UI 4.0. Tipster says that the Android 12 based skin...

Poco is back with yet another rebranded Redmi smartphone, dubbed Poco X3 GT. The X3 GT is the third device in the X3 series...

Disney+ Hotstar, a Disney owned streaming service, has announced its new pricing tiers, which will be under effect starting September 1. The Disney owned...
Advertisment