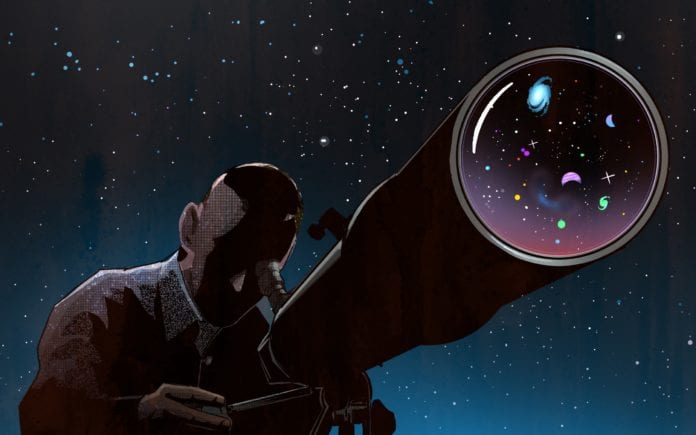 Civilizations have always sought out other civilizations in their vicinity and beyond. The very essence of life is to seek other life, or so it seems. Researchers have long suspected that Earth might not be the exclusive abode for intelligent life in the Universe. The calculations tell us that we are not that special after all.

The sheer probability of planets habitable for life, occurring in our galaxy is very high, and yet we haven’t come across any interstellar pen pal for us to talk to. This is a pain in the neck for astronomers who have dedicated their lives to detect the communication attempts made by any civilizations in our galaxy.

The probabilities are calculated using observable data. We observe the Universe and catalogue planets and star systems that we come across to find out how certain kinds of planets are. This is then used to calculate, as in Drake’s Equation, how likely life is. Researchers have done something along this line to come up with a new estimate that states that there may be up to 36 intelligent civilizations in our very own galaxy that may be technologically advanced enough to communicate with others.

This is a landmark in the history of astronomy as this is the first time that an estimate has been made for the existence of intelligent and technologically advanced life. All the previous estimates have only aimed to predict the occurrence of intelligent life.

Even the presence of a stone-age civilization on an alien planet could qualify as the right prediction for those estimates. The question of whether we are alone in this Universe has baffled everyone for thousands of years, and this new estimate could prove to be the baby steps that precede the push for empirical proof.

The previously mentioned Drake’s equation considers seven factors to determine the frequency at which intelligent life occurs in the Universe. The new estimate refines this by assuming that intelligent life formed on other planets like it did on Earth. The assumption is called the Copernican Principle and is considered fair game amongst scientists as the given frequency at which life-generating processes occur in our Universe.

The actual estimate predicts a number between four and 212, but 36 is taken to be the most likely of them all. The estimates, although conservative in their outlook, also say that the nearest civilization will be about 17,000 light-years away. To establish any form of two-way communication, our civilization will have to survive at least another 6,120 years.

Whether we survive long enough to see the day when such communication is possible is still uncertain. Hopefully, we do, and maybe it can be the beginning of a new era of human exploration.