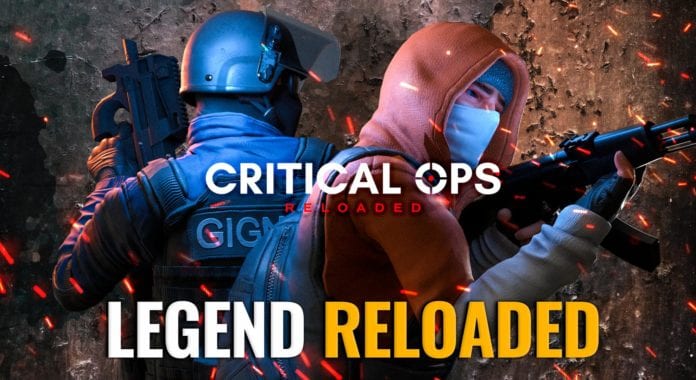 Critical Ops is one of the best first person shooter available on the Android platform. The game is said to be a copy of CSGO, and even though the graphics aren’t that great, the game surely provides a blueprint of what CSGO’s android version (if it ever comes out) will look like.

The game is basically based on Counter Strike idea – two teams fighting either as terrorists or as counter-terrorists. 6 players equally divided in two teams play either to oppose the attack or to plan the attack. The game launched in 2015 was developed by Critical Force. However, for the South Korea region, an all-new version of the game known as Critical Ops Reloaded was released back in 2015.

Now, the publishers have decided to provide the Korean Version i.e. Critical Ops Reloaded version globally. The game is scheduled to arrive by the end of this year.

So, in this article we shall check out the distinctive features of the South Korean version of the game which differentiates it from the global version.

Previously, Critical Ops were able to provide decent gameplay, but after the release of various games providing realistic gameplay, it had a downfall. But the Reloaded version the game will provide next-level gameplay. The game claims to set a NEW STANDARD for first-person combat games. So, it will be interesting to see whether the game surely turns out to be an exciting one or it will turn out to be a game creating hype.

Unlike the global version, the Korean version is supposed to provide a better and more configured user interface for the players. Various new features will be added to the main screen.

The global version doesn’t have an option for in-game voice chat. Previously, players had to use various third-party applications like Discord in order to indulge in voice chat. But after the arrival of the Korean version, players will have the feature of inbuilt voice chat in the game itself and they don’t have to rely on third-party apps anymore.

Players will be able to grind their skills in different maps. New daily missions will be there in order to rank up the players. The global version now has 13 playable maps, but after the Korean version makes its way to the play store, players will able to test their skill in some new maps. So, it will be interesting to see how quickly the players adapt themselves to the new maps which will be provided by the Korean Version.

Not only new maps will be there, but the Reloaded version will also provide some new online multiplayer modes as well. Right now, the global version has 3 PvP modes i.e. Defuse, Team Death Match, and Gun Game and if we talk about the Korean version there are 4 modes available at the moment. Critical Ops Reloaded will provide a new PvP mode known as ‘Dominion’.

If you have played the game, then you know that it isn’t packed with intense gameplay. Aiming Down Sight or ADS does half of the job. Plus, weapons come up with negligible recoil. But after Critical Ops Reloaded arrives globally, players will surely face problems while controlling the recoil. You’ll also get to try out new sensitivity settings in order to get pinpoint accuracy in aiming.

Also, the skins which players were able to unlock in the global version will be provided in the Critical Ops Reloaded as well.

So, these are some of the features which Critical Ops Reloaded will be having. Critical Ops isn’t providing a new update consisting of the features of the Korean version. Instead, they have decided to provide an all-new game from the franchise. Therefore, only time will reveal whether players decide to jump to the Korean version or decide to stick to the current global version.