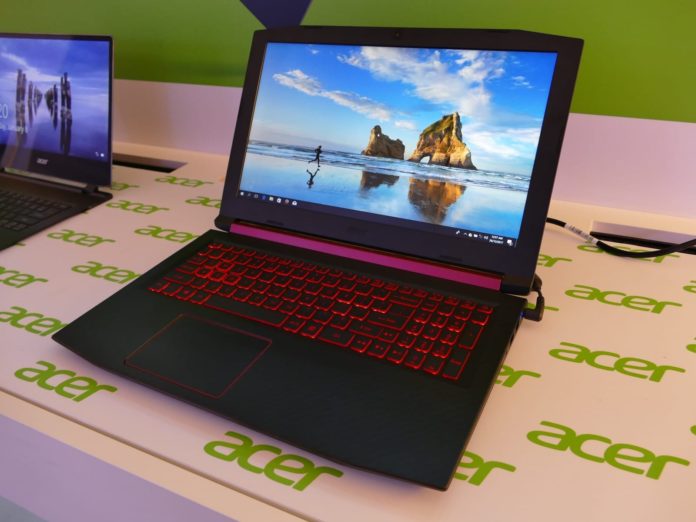 It’s hard to find a good gaming laptop under 50K INR, and even the cheapest ones cost at least 55-60K. We’re going to ignore NVIDIA’s MX series of GPUs and AMD’s Radeon RX 530 and 540 as they’re pretty useless and perform more or less on par with integrated GPUs, and with Ice Lake’s Gen11 graphics will become quite redundant. I’m not going to beat around the bush, and get straight to the point. So which is the best gaming laptop in the sub-50K market?

Packing an AMD Ryzen 5 2500U and a Radeon RX 560X, this Acer laptop is the best portable gaming PC in this price range, period. The RX 560X is faster than the NVIDIA GeForce GTX 1050 by a clear margin and costs less so no competition there. As for the CPU, yes, the Ryzen 5 2500U isn’t the best processor for gaming, but since this is the entry-level segment, we’ll most certainly be limited by the GPU and not the other way around. With that cleared, let’s have a look at the memory and storage. This laptop comes with 8GB of DDR4 RAM @ 2400MHz (upgradable to 16GB) and a 1TB HDD, so you won’t have to worry about running out of storage space or RAM.

Looking at these benchmarks, it’s clear that the Radeon RX 560X is the better option as it manages to beat the NVIDIA GeForce GTX 1050 in each and every title and at every preset.

There’s a sale going on at Flipkart which brings down the price of this budget gaming laptop to 49,990 INR making it a killer deal. You can check it out here.