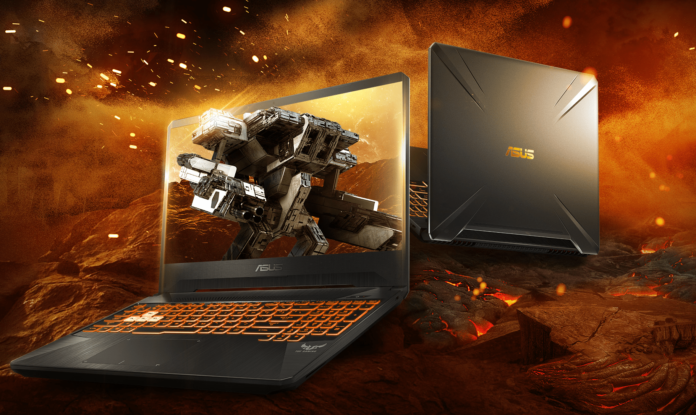 Earlier this year at CES 2019, ASUS unveiled its TUF Gaming line-up with the RX 560. ASUS today refreshed the same product stack with the Ryzen Zen+ CPUs and the NVIDIA 1660Ti, making the FX505 and the FX705 compelling offers amidst the highly saturated mid-range gaming laptop market. The TUF Gaming lineup comprises of entry-to-mid range gaming laptops designed with durability and a light(er) form factor.

The Zen+ processors are a much-needed refresh and offer better performance than the Intel i5-8300H at a lower price point. One downside is the higher temperature on the AMD chips but the FX505 and FX705 have a better than average thermal performance thanks to the large heatsink and the power dissipation system. Moreover, the GTX 1660Ti offers a substantial performance boost over the last-gen RX 560. On the storage front, both come with M.2 NVMe SSDs up to 512MB.

The FX505 and FX705 have a 1080p IPS 120Hz panel which probably is their best feature. Even if you don’t have much use of the higher refresh rate for a competitive edge, just watching the cursor move across the screen is satisfying enough. Once you start using a 120Hz panel, its hard to go back to 60Hz, even if it is in 4K. With even high-end sub-$2000 laptops releasing with 60Hz panels, the 120Hz NanoEdge display is a huge plus. Furthermore, a full-sized RGB keyboard with 1.7 mm of key-travel should satify most gamers.

The FX505 and FX705 start at $700, which is a great deal for the new Zen+ chip, GTX 1660Ti and a 120Hz panel. The laptops are aimed at entry-level gamers but should be a compelling buy for business professionals who need that extra bit of performance.