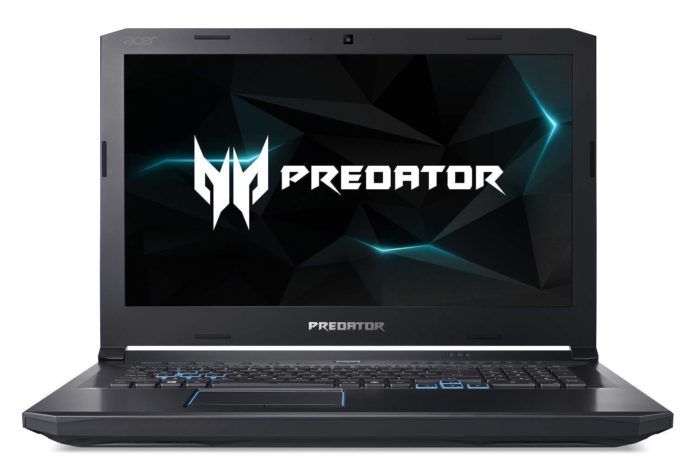 The desktop market has been one of AMD’s primary battlegrounds in the last 4-5 years, while the laptop market has been almost solely dominated by Intel. Although the tables have started turning, it’ll still be a while before AMD and Intel compete as equals in the portable PC space. However, that doesn’t mean that team red hasn’t got anything to offer in the laptop space.

The Ryzen 3000 (Picasso) APU/GeForce GTX 16 series combos are some of the best performing offerings in the gaming laptop market at the moment. However, if you want an all-AMD system, then we’ve got a unique deal for you. Acer is selling a Predator laptop, no the only laptop with a Radeon Vega 56 for a little over a thousand bucks, that’s more than $500 less than the MSRP.

This variant of the Acer Predator Helios 500 comes with a desktop-grade Ryzen 7 2700X CPU paired with a Radeon RX Vega 56 GPU. That configuration is slightly slower than an Intel Core i5 (8th Gen) and a GeForce RTX 2070 combo, but the best part is that it costs almost half as much. You are getting this laptop for $1,300 while RTX 2070 powered notebooks cost at least $2,000. Not bad at all. Plus, you’re also getting a 256GB NVMe SSD, screen with refresh rate (& Free-Sync support) and 16GB of DDR4 RAM. You won’t be needing anything else to run modern games at the highest setting on that panel. Of course, you don’t get NVIDIA’s fancy ray-tracing but at this price, you can only buy a GTX 1660 Ti product at best, so I’d say this is fair.