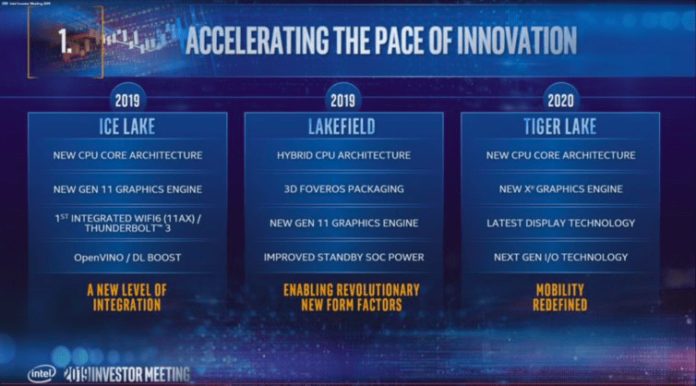 After Icelake and Comet Lake, another one of Intel’s upcoming chips, this time based on the Tiger Lake architecture has been shared via the SiSoftware processor database. This is the first such benchmark listing of the 10nm Tiger Lake CPU family after Intel announced the architecture at the company’s 2019 investor meeting.

Like the previously leaked processors, this one is also a low power part with just two cores/threads clocked at a base clock of 1.5GHz and a boost of 1.8GHz. This is also most likely a mobile part pertaining to the low TDP of 15W, but SS erroneously categorizes it as a desktop-grade chip. Given the low power draw and tame clocks, the scores are pretty decent roughly 20% higher than contemporary Intel offerings in the same bracket.

There is not much else to say at this point rather than the fact that the Tiger Lake CPUs are slated for launch in early 2020, and along with Icelake, they’ll be the first architecture from Intel to leverage the much awaited 10nm process. It’s good to see team blue finally make progress in the transition from the half-decade old 14nm node to the smaller process, but considering AMD is going to launch the much more efficient 7nm Ryzen 3000 parts in the coming months, I wonder if it’ll be enough.\