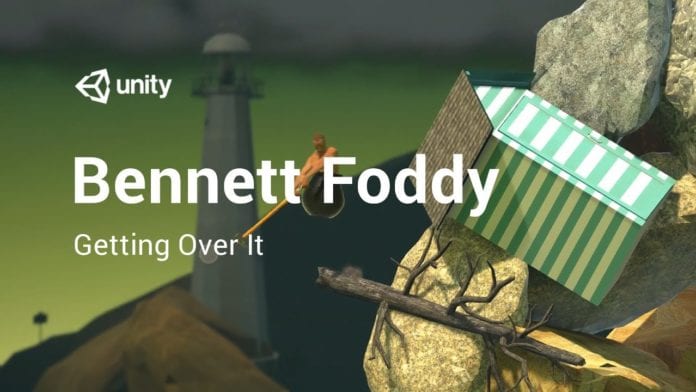 Getting Over It With Bennet Foddy is a game created with the mindset of making people feel frustrated. Unity Technology gave the face to the idea suggested by Bennett Foddy. The game is somewhat inspired by the 2002 release Sexy Hiking game. In this article we shall discuss the android/iOS version of the game.

Following are the details we will cover up-

The story of Getting Over It starts with Diogenes (the protagonist), who is stuck inside a cauldron. For the movement of the character there is a sledgehammer. As the story progresses the level of difficulty also increases. The game uses trees, mountains, and various uneven surfaces for making the game a bit more nail-biting. And after the completion of the game the player receives a golden cauldron.

There are no such options for saving progress, which makes the gameplay even more fascinating. Once the player falls from a height, they will have to go through all the hurdles again. This is the most annoying part of the game. According to polls conducted by various websites, the average time for the completion of the game is 5 hours.

Getting Over It looks very simple in terms of graphics and visualization, but the gameplay surely is built on another level. It really needs a lot of patience and calmness to pass all the levels and achieve the golden cauldron.

The cherry on the top for making the game even more nerve-wracking is the voice-over done by Bennet Foody. There are various sound effects during the movement of the character. And, if the player drops down from a checkpoint, he comes up with a voice note which can induce rage inside the one trying out the game.

Thus, Getting Over It has all the things required for putting up an off-tone game which can attract players worldwide. So if in a good mood, this game can be interesting. But if you’re having a bad day, then it’ll turn out to be a sweet poison.