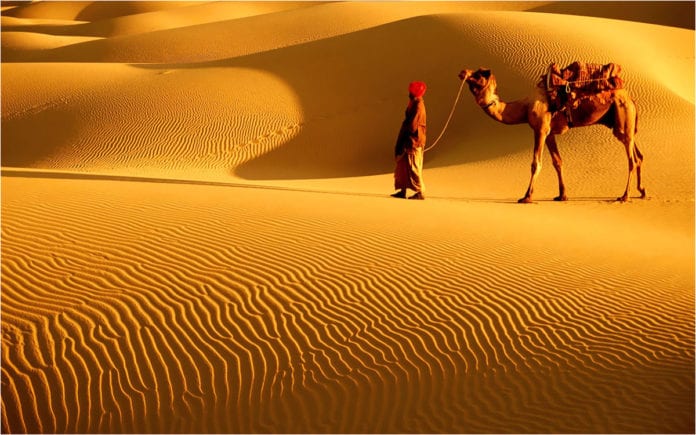 Scientists have discovered traces of a ‘lost’ river that went through the Thar Desert, close to Bikaner, 172 thousand years ago, which served as a lifeline to the humans, empowering them to reside and settle in that region. The discoveries, in the diary of Quaternary Science Reviews, reveal the oldest dated time of river action at Nal Quarry in the Thar Desert.

The investigation by analysts from The Max Planck Institute for the Science of Human History in Germany, Anna University in Tamil Nadu, and IISER Kolkata shows that Stone Age populaces lived in the extraordinary Thar Desert that we experience today. This study shows a stream of periodic movements dating back to around 172 thousand years, close to Bikaner, Rajasthan, which is more than 200 kilometres from the closest current waterbody.

These discoveries reveal proof of movement in current river courses over the Thar Desert similar to the evaporated course of the Ghaggar-Hakra River, the specialists said. The presence of a waterway going through the Thar Desert would have offered a medium of existence to the Paleolithic community, and conceivably a significant passage for relocations, they said.

What do the researchers think about the lost river of Thar ?

“The Thar Desert has a rich prehistory, and we’ve been uncovering a wide range of evidence showing how Stone Age population not only survived but thrived in these semi-arid landscapes. We know how important rivers can be to living in this region, but we have little detail on what river systems were like during key periods of prehistory,” said Jimbob Blinkhorn from The Max Planck Institute for the Science of Human History.

Satellite images have revealed a dense network of river channels across the Thar Desert, according to the analysts. “These studies can indicate where rivers and streams have flowed in the past, but they can’t tell us when. To demonstrate how old such channels are, we had to find evidence on the ground for river activity in the middle of the desert. We immediately saw evidence for a substantial and very active river system from the bottom of the fluvial deposits, which gradually decreased in power through time,” Professor Hema Achyuthan of Anna University said.

The time span over which this stream was dynamic also covers the huge changes in human civilization in the area, which have been connected with the migration of Homo Sapiens from Africa into India, they said. “This river flowed at a critical timeframe for understanding human evolution in the Thar Desert, across South Asia and beyond. This suggests a landscape in which the earliest members of our own species, Homo sapiens, first encountered the monsoons and crossed the Thar Desert may have been very different to the landscape we can see today,” said Blinkhorn.