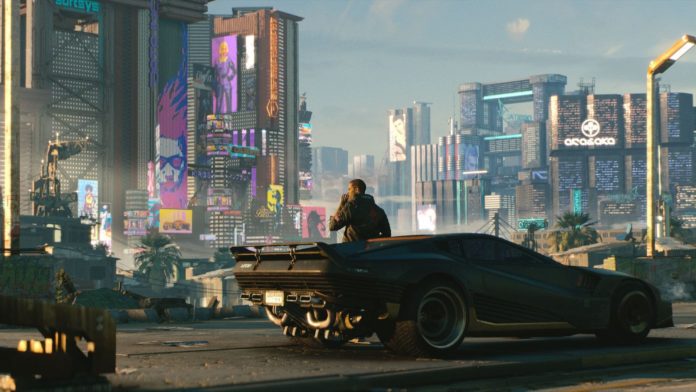 At Gamescom 2019, NVIDIA highlighted a slew of games, both currently out and yet to be launched, that feature various levels of ray tracing implementation. Here are all the showcased titles and specifics of how they’ll support ray tracing:

Minecraft, possibly the biggest highlight of the bunch and the best selling game in the world, will be receiving an update enabling ray tracing in the near future. With RTX, the entire game will be refitted with path tracing, a form of ray tracing featuring incredible levels of detail, affecting almost every pixel of every scene.

Nearly everything is visually improved. Lighting is upgraded to real-time global illumination, enabling light to realistically illuminate blocks and buildings as the world is modified. Emissive blocks like Glowstone and Lava can illuminate environments, along with other dynamic game elements. Water, glass and other reflective surfaces show accurate real-time reflections, mirroring their surroundings. Shading and shadowing gain lifelike accuracy. Clouds, fog and other atmospheric effects naturally change the look and feel of the world. Blocks gain extra depth and detail from normal maps, enabling shadows, lighting, specular reflectivity and ambient occlusion to further increase their fidelity and appearance

Control, the latest title from the studio behind Alan Wake, sees the player embark on through an ever-shifting landscape with an arsenal of supernatural abilities as they confront otherworldly foes. The game is said to feature the most advanced ray-traced effects yet with things like real-time ray-traced reflections, with optional realistic transparency, ray-traced indirect diffuse lighting, and ray-traced contact shadows, further improving the fidelity of Control’s high-quality cinematic graphics.

Watch Dogs: Legion, the upcoming third entry in the franchise and a title which affords players the ability to recruit anyone within the game’s world to rise up in revolution against a dystopian London. The game will also feature real-time ray traced reflections that will adorn cars, windows, skyscrapers, shops, wet surfaces, and many more game elements, reflecting everything around them, further improving image quality, immersion, and realism.

The sequel to 2015’s massively successful open-world zombie survival game, which is set to release next year, will feature “cutting-edge real-time ray tracing”.

“Dying Light 2 pushes the boundaries of gaming technology with our implementation of ray tracing,” said Pawel Rohleder, Techland’s CTO. “Not only will it dramatically enhance the visuals and immersion, it will enhance the player’s experience as they explore the vast open-world.”

This year’s entry in the Call of Duty franchise will have the honor of being the first game in the series to feature ray tracing in the form of real time ray traced shadows within both the single-player campaign and 2v2 Gunfight multiplayer mode.

Vampire: The Masquerade Bloodlines 2, this much anticipated and long-awaited sequel to the cult classic RPG, will be enhanced with the utilization of reflections. As with other of ray-traced reflections, anything with a suitably reflective or shiny surface will reflect the world and events occurring.

Players will compete against other survivors of the apocalypse to secure resources for their day-to-day survival, and for a chance to escape planet Earth. The title will feature real-time ray-traced shadows and reflections. Lakes, puddles, wet surfaces, shiny surfaces and numerous other such objects will naturally reflect surrounding detail, and all shadows will be upgraded with realistic contact hardening and softening as seen in the real-world.

The recently launched cooperative multiplayer spin-off of the Wolfenstein series will be receiving an update that will add ray traced transparent reflections to the game’s world.

Arguably the most hyped game of 2020, the next title from the creators of The Witcher franchise has commanded complete attention whenever new specks of information are made available. According to Adam Badowski, Head of Studio, CD PROJEKT RED, ray tracing has allowed them to realistically portray how light behaves in a crowded urban environment and thus, thanks to the technology, the studio can add another layer of depth and verticality to the already impressive megacity the game takes place in.