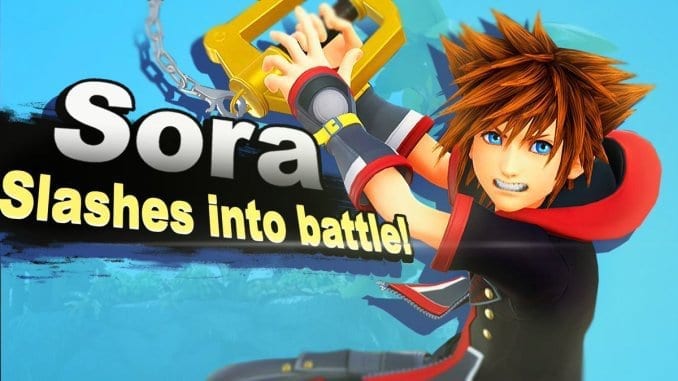 When it was announced that Super Smash Bros. Ultimate would have five additional characters as DLC, the hype for the game reached levels that I never thought would be possible, even by Smash Bros.‘s admittedly high standards. Right off the bat, there were several speculations as to who would be the lucky few to get in on the action. Already we have had the reveal of Persona 5‘s Joker, who many reacted very positively to. Now, on the eve of Nintendo’s E3 presentation, the time seems ripe to speculate on the next fighter that will be inducted into the Smash Bros. Hall of Fame. However, there isn’t as much wild speculation around many characters so much as there is insane demand for one particular character to make his appearance in these series of games: the protagonist of Kingdom Hearts, Sora, the Keyblade Wielder and one of the Warriors of Light.

The inclusion of Sora in Smash Bros. is a long running joke that has been around since the days of the third entry in the series, Super Smash Bros. Brawl, where fans casually speculated on his entry into the game in the wake of third-party characters like Sonic and Snake being featured in the all-star fighter. However, not much attention was paid to it, mainly because the character had yet to appear in the next game in his original franchise (which we wouldn’t see until 2019). However, in 2014, when Super Smash Bros. for the Wii U/3DS was released, and Nintendo announced the inclusion of DLC fighters for the games, the discussion was revived and was further brought within the realms of possibility with the inclusion of Cloud, another fan favorite that was heavily requested, in the game. Unfortunately, the window of opportunity closed fairly quickly, and talks of Sora being in Smash faded to the background once more.

That is, until Ultimate came around and Nintendo once again announced that the game would have DLC fighters. Suddenly, the speculation was back, and it was stronger than ever. Kingdom Hearts III had already come out, and with it being one of the most anticipated games in the recent past, Sora was already generating buzz from within his own franchise. Several videos on YouTube and threads on social media discussed the possibility that finally, finally Nintendo would listen to them and just put Sora in Smash. The hashtag Sora4Smash was always simmering on the surface of the gaming side of Twitter, never fully fading away in the wake of eventual announcements of Nintendo as to the identity of Ultimate’s next DLC character. Even in the wake of seemingly disappointing developments, fans have not lost hope and the debate continued on.

All this waiting has brought us to this moment, where in just 4 hours, Nintendo will take the stage at E3 to (hopefully) announce the identity of its newest fighter. The Kingdom Hearts fan in me would be overjoyed if Sora came to Smash, and even if Nintendo doesn’t announce him tonight, it remains a real possibility that he’ll be one of the other fighters that will all be announced before 2019 is over. For now, one can only hope. There is hope that Sora can make it into the game, but until we get official news….fingers crossed!