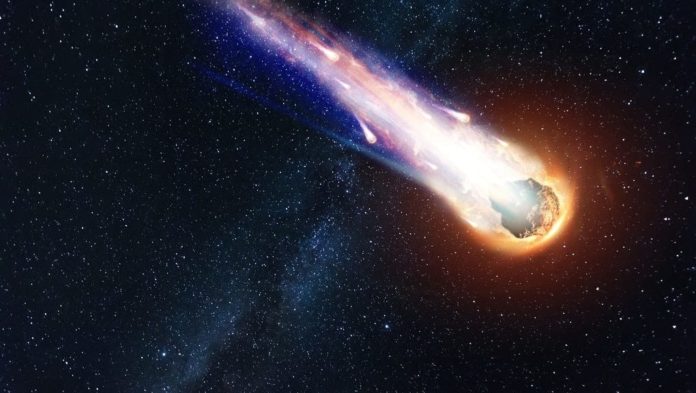 Pieces of rock of all shapes and sizes have been falling to Earth for a long time. These rocks have been the subject of scientists’ scrutiny as well. This is because the origin of these meteorites and the substances they can carry is of severe importance to the academicians.

As it turns out, one of these substances is Ribose, a fundamental molecule of life that is common across all the life forms on Earth. The finding reported online on November 18 in Proceedings of the National Academy of Sciences, says that meteorites can not only carry Ribose but other related sugars as well. This finding lends even more credibility to the idea that life on Earth was seeded by one such interplanetary visitor.

The samples of Ribose were found by Yoshihiro Furukawa, a Geochemist at Tohoku University in Sendai, Japan, and his colleagues. The scientists, along with Ribose, also found samples of chemically similar sugars in samples of Meteorites obtained from Morocco and Australia. After detecting the presence of these sugars, the team lead by Yoshihiro, Carbon-dated the examples to confirm that the sugars were not picked up from Earth, instead originated in space.

The research team suspects that the Ribose was formed from chemical reactions between water and Formaldehyde in the meteorites long ago. Previous experiments which aimed at recreating the environment present on interstellar ice grains by irradiating chilled water, ammonia and methanol with ultra-violet radiation have established the fact that complex sugars could form on meteorites.

Several other organic molecules have been found in space previously. Some comets have been ascertained to contain a mixture of sugar and alcohol, a suitable cocktail for life formation. This discovery stands apart in the light of the fact that no extraterrestrial source for this particular sugar had ever been confirmed.