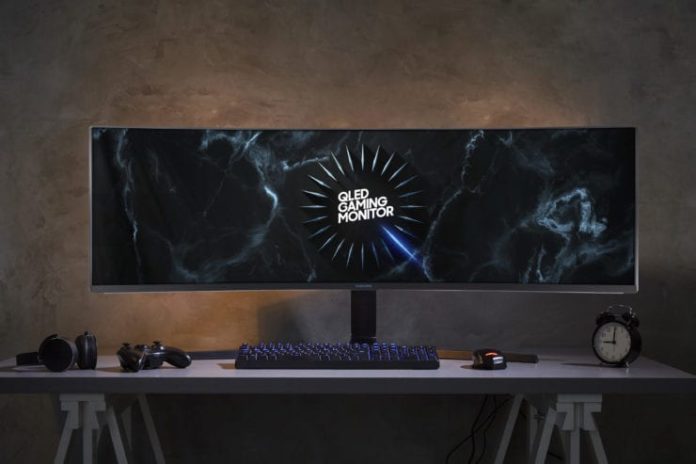 Other features of this 5K monitor include AMD’s FreeSync 2 and HDR. The FreeSync technology is AMD’s take on NVIDIA’s similar G-SYNC technology and promises a stutter-free gaming experience without any broken frames by resolving the communication issues between the processor and the monitor.

Other than that, it has a refresh rate of 120 Hz with a 4ms response which is not the best when it comes to gaming monitors but is still miles better for gaming than a basic monitor. The monitor can reach up to a thousand nits of brightness. It also uses Quantum dot technology for accurate color reproduction.

Samsung also announced two non-gaming displays, a 32-inch 4K monitor with a contrast ratio of 2,500:1 designed keeping content creators in mind with its ultra-thin bezels and a fabric-covered back.

The other monitor released is what Samsung is calling the ‘Space Monitor’, a minimalist display with slim-bezels for modern workspaces.

NVIDIA Titan V Supports Raytracing in BFV Despite NOT Having RTCores