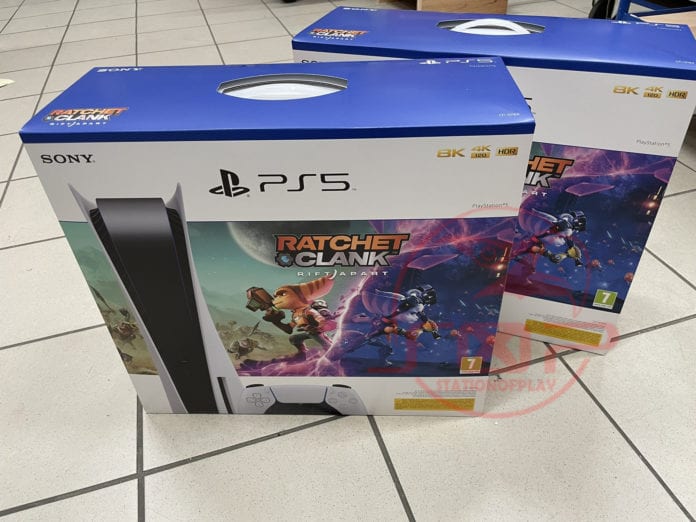 Ratchet and Clank: Rift Apart is the latest PS5 exclusive game that is among the only ones to fully take advantage of the console’s hardware, and Sony wants to make make it a statement by bundling the game with the console.

While there have been rumors of a PS5 console bundled with the new Ratchet and Clank game, it looks like Sony has actually gone ahead with distributing the bundle to retailers. Several images of the console bundle’s packaging have been leaked, and with the game releasing in just one day, Sony might make an announcement soon enough regarding the new offer.

You can check out the official bundle here courtesy of French retailer Station of Play, and more retailers should be listing the same soon. The new bundle has been hinted at by various industry insiders. Seeing as how the PS5 stock situation has gradually started to improve, it makes sense for Sony to sell the console with Ratchet and Clank, which is a showcase title for the new console.

While there have been multiple PS5 exclusives released since launch, barely any of them really require the new hardware to support gameplay mechanics. Demon’s Souls was great, but it’s also fundamentally a PS3 game remade for the PS5. Returnal is perhaps the closest game that takes advantage of the hardware, even if its use is more subtle than Rift Apart.

Ratchet and Clank: Rift Apart comes out on June 11, exclusively on PS5 for $70/₹4999. You can check out a roundup of the game’s highly positive reviews here.